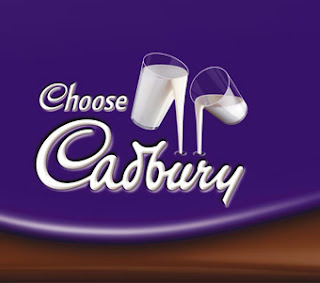 Below is a video about Cadbury history.
In India, Cadbury began its operations in 1948 by importing chocolates. After over 60 years of existence, it today has six company-owned manufacturing facilities at Thane, Induri (Pune) and Malanpur (Gwalior), Bangalore and Baddi (Himachal Pradesh) Hyderabad and 4 sales offices (New Delhi, Mumbai, Kolkata and Chennai). The corporate office is in Mumbai.

In the Milk Food drinks segment our main product is Bournvita - the leading Malted Food Drink (MFD) in the country. Similarly in the medicated candy category Halls is the leader. It recently entered the biscuits category with the launch of the Worlds No 1 biscuit brand Oreo.

Cadbury chocolates the ultimate seductress in the form of chocolate has been a favorite with the Indians. The brand repositioning that Cadbury has tried have been very interesting and worth a study.

CDM is for the kid in you: In the early days, the CDM (Cadbury Dairy Milk) brand had a huge fan following among kids. In order to build stronger appeal among older age groups, the brand re-positioned itself through the ‘Real Taste of Life’ campaign in 1994. The campaign positioned Cadbury Dairy Milk as the chocolate that awakened the little child in every grown up.

CDM is for all occasions: With the launch of the Rs. 5 pack in 1998, CDM became more affordable and hence more accessible for the masses. The ensuing positioning of ‘Khaane Waalon ko khaane ka Bahana Chhayie’ made consumption into a joyful, social occasion.


CDM is a substitute for Indian sweets: In 2004, the `Kuch Meetha Ho Jaaye’ campaign was launched, seeking to increase CDM consumption by making it synonymous with traditional sweets (Mithai).


CDM as a dessert: With the campaign ‘Khaane Ke Baad Meethe Mein Kuch Meetha Ho Jaaye’, Cadbury’s aim was to introduce the thought of having a CDM as a post dinner meetha (dessert).


In the year 2010, the `Shubh Aarambh’ campaign was launched, drawing lines from the traditional Indian custom of having something sweet before embarking on something new. With `Shubh Aarambh’, Cadbury took the Dairy Milk journey a step further into the hearts of its million lovers.

Cadbury GEMs the kid in you: The 2011 campaign “Raho Umarless” celebrates the kid in all of us. The ad talks about two friends unabashedly exchanging the gifts that they get when they buy a Cadbury GEMS pack..

Cadbury Éclairs has been present in India since 1971. The credit for making éclairs, goes to an English confectionary firm which devised this delicious formula in the 1960s. This tasty wonder with indulgent chocolate wrapped in soft, chewy caramel came to Cadbury in 1971, when Cadbury took over this confectionary firm. In 1994 the brand took on the purple and gold packaging which has been its trademark since then.

As on yesterday Cadbury has innovated a new repositioning strategy again. They have changed Cadbury Eclairs’s name to Cadbury Choclairs. The think tank of Cadbury seem to believe that their USP are the words Cadbury and Chocolate and they don’t want the brand dilution. So the reinforcement of the word Choclairs along with the word Cadbury. But one small doubt. The category is called a Éclair. Is it possible that Cadbury is opening a wee bit of the door for the competition to jump in? 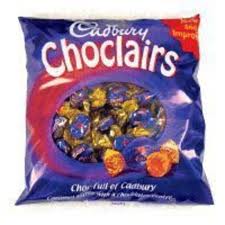