USA is Hollywood and Hollywood means Los Angeles. Los Angeles is famous for its movie studios and the most famous of them all – The Universal Studios. Marketers can learn nuances of place marketing from a visit to Universal studios.

The place that warrants the first attention is the entrance itself. At the entrance is a globe that has the world universal on it. Very true movies are universal. Taking a photo with the universal logo is an absolute given for all the visitors. 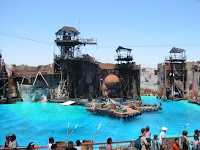 The next exciting thing is the visit to the water world. Water world is a place about the size of four or five swimming pools. The visitors watch with unbelieving eyes as scenes from the famous movie “Water World” are enacted for them. The actors hit each other and it is like watching a real movie. The entire show is so well orchestrated and it is a visual delight to see a small aircraft lands in the water right in front of the visitors. The actors spray each other with liberal doses of water and suddenly they would turn and spray the audience with jets of water. The shocked audiences squirm with surprise but they get into the mood and enjoy it. 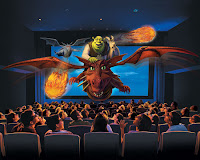 Children get very excited with Shrek – 4D. Shrek 4 D is a visual treat with lots of mechanical movement added to the three dimensional effects. Scents and smells are added, the seats move and the donkey in the movie suddenly spits and the spit falls on the shocked audience. The audience need not worry. It was not really the donkey spit, it was water jets spraying the audience. The jets are placed in the seats in front and are timed to spray the audience with water. 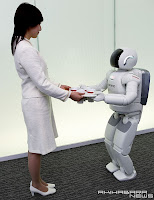 Asimo the mechanical robot wins lots of hearts with its antics. It can play football, dance to music and even climb stairs. Asimo made by Honda motors is a marvel of modern science. The shape of things to come? 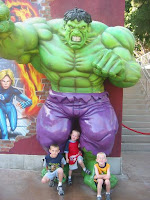 Children get very excited to see many cartoon characters that they see on the big screen. They can see Shrek, incredible hunk and many more. These over blown cartoon images or dummies are a big draw. 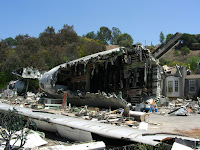 They are taken to a placid lake and suddenly without any warning a big shark come out of the placid waters with its jaws wide open. Yes it is the same shark that was the star in the movie jaws. 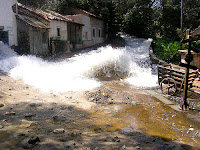 The next exciting incident is the guide talking about special effects that can be created within a matter of seconds. And suddenly as if on cue the entire area starting flooding. Yes you have flash floods in front of one’s eyes. The flood is very sudden and as fast as it came the flood disappears. It is a very real surreal experience.

The dramatic thing at Universal studio is the parting of the sea. In front of one’s eyes the sea is parted (the parting of the red sea from the movie the Ten Commandments). The tram moves into the water and the water touches the feet of the visitors. The visitors need not worry. The water will not rise above their feet; It is all part of the make believe that Hollywood studios are so famous for.

The final element of suspense and drama is when the tram is taken into a dark tunnel. The guide dramatically announces to the visitors that they are going to the see the biggest actor in Hollywood. When the guide’s voice fades the light is focused on King  Kong  – a very real looking dummy – the biggest star in Hollywood.

One day at the universal studio teaches how to make a visit so memorable that it lasts for a  life time and about which tales will be told for many generations to come. The visit becomes part of the folklore.
Posted by Dr. M. Anil Ramesh at 12:13 AM