Posted by Dr. M. Anil Ramesh at 3:23 PM No comments: Links to this post

Email ThisBlogThis!Share to TwitterShare to FacebookShare to Pinterest
Labels: 275000 readers 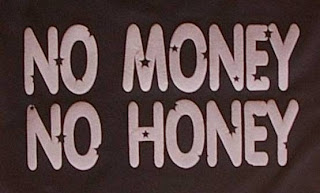 CLT20 cricket 2013 is about to be kicked off. A dozen of the world’s best Twenty20 cricketers were in high confusion after being named by more than one squad.

CLT20 regulations state that when a player elects to play for their ‘away’ team, that team must pay the ‘home’ team $150,000 compensation per player. A ‘home’ team is classified as a team from the country a player is eligible to represent in international cricket. This payment is applicable for 10 of the 12 players that were eligible for more than one team. The following is the list of cricketers who chose their IPL club over their home clubs except Sangakkara.

Kumar Sangakkara was very unhappy the way his issue was dealt with. He was miffed about his loyalty being questioned

He said he is ultimately happy to represent his home province, but was perturbed by the manner in which the board publicly framed his situation, which he does not believe ever entailed a question of country loyalty. Sangakkara will lose $140,000 from his IPL salary as a result of his decision.

Sangakkara had previously said that he had no choice but to honour his contract with Sunrisers, but the Champions League organizers have since said that it is down to players to choose.  He will forfeit 20% of his IPL salary, or $140,000, if he does play for Kandurata instead of Sunrisers Hyderabad, and Sri Lankan Cricket would also miss out on a $150,000 payment that Hyderabad would have to make if Sangakkara did not play for the team from his own country.

This is what Kumar Sangakkara said “There's been a statement made that SLC was willing to lose $150,000 by getting me to play for Kandurata. I think the true picture is that I incurred a considerable financial loss out of my salary, and the board incurs a financial loss of $150,000 out of approximately $1.5 million that they will earn through the Champions League, via player commissions of 10% on each players' contract, plus the half a million dollars the Champions League pays for franchise participation. I think there is little or no comparison in the amounts lost. None of the board members or anyone else loses individually, but the player suffers.

The real matter is not the financial penalty, but the issue of principle. This is not a country versus money issue, but it was created to be so, and I as a player was left alone to be caught in the middle of it".

SLC confirmed that they would not be able to fully compensate Sangakkara for his lost salary if he does choose Kandurata, but it may not be only money that motivates the decision.  It would surely be an unpopular move if he were to choose the Indian side over his local team, with the IPL not always the most popular tournament in Sri Lanka, especially after this year’s contracts dispute and the controversy around Tamil Nadu’s ban on Sri Lankan players.

Finally Sangakkara has to play for his home town over his IPL’s Sunrisers. I have no doubt that Sanga would have preferred Sunrisers over his home team but for the political sentiment and the unpopular sentiment that IPL seems to have generated in Sri Lanka.

Email ThisBlogThis!Share to TwitterShare to FacebookShare to Pinterest
Labels: Cricket, It is all about money - honey

Me and my blog - a dialogue with myself. 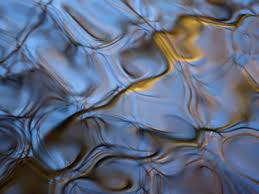 On this auspicious teacher’s day I wanted to reflect on my blog. It has become a habit to check out the blog statistics every morning. Most days are wonderful. I get over 350 readers from all over the world. Some days I get over 400. On some very special days I get over 500. On the day I get 500 I become very happy. It is like the 400 runs by Brain Lara (to me Atleast!).

I have realized of late that my blog identity is its title – Marketing Musings. It is all about marketing and sales. My blog items about Lux, Lifebuoy and other popular FMCG products are getting lot of attention. That is what my readers are telling me. Stick to marketing!

Blog items that are topical and modern are liked but readers are not enamored by them. Blog articles on nostalgia and things from the days bygone are proving to be very popular. May be a very clear indication that days of the blogs are severely numbered. The assumption obviously being that nostalgia and thinking about bygone era is what older people do more often than youngsters who are born and raised in the digital age of Facebook, twitters and flash mobs.
Posted by Dr. M. Anil Ramesh at 1:27 PM No comments: Links to this post

Lifebuoy, the strong-smelling, dull red soap came to life through the energetic  advertisements  in  the cinema halls with the tune of “Tandurusti ki raksha karta hai Lifebuoy …”

First introduced in India in early 1895 Lifebuoy spans nearly 130 years, Lifebuoy moved from being a men's soap to a family soap. Over the years Hindustan Unilever Ltd (HUL) moved away from the strong carbolic scent, it also modified the aesthetics of the outer packaging. The result is a contemporary-looking and fresher smelling soap which promised ‘continuous protection from germs' for the entire family.

1. Initial Positioning Strategy (from 1894 to 2002): Since 1894 Lifebuoy had largely remained the ultimate mens' bathing bar.


2. Positioning shift (in 2002): The challenge for Lifebuoy was to effect the change, while retaining the core – its disinfectant properties. So the core positioning strategy was moved from men battling grime and dirt to mothers chasing a healthy soap to ensure their children don't get infected.

3. Reinvesting positioning strategy (2004):  In 2004, Lifebuoy was re-launched with four variants and all the variants came under one ‘umbrella' look. The variants were Lifebuoy Strong, Lifebuoy Fresh, Lifebuoy Gold and Lifebuoy Naturals 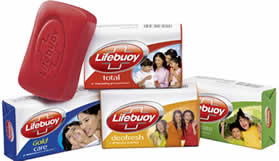 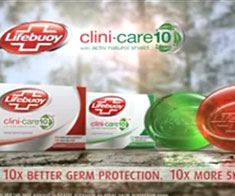 5. Positioning Problem in the urban markets: Although Lifebuoy has stuck to its base proposition over the years; analysts say it has not been able to keep many of its urban audiences interested. Given the category and the competitiveness therein, it's not surprising that Lifebuoy has attempted to refresh itself every few years. Over the years, there are many campaigns from the brand that are fresh in public memory, right from the sweaty players on the football field to the Little Gandhi advertisements.


Keeping in mind Lifebuoy's heritage and lineage, analysts think that if HUL wants to improve its sales in the urban markets it should position the soap as a retro soap that is a soap that harps on its lineage and its traditional values and try to hook on people who were once very loyal to it rather than trying to be a modern soap and compete with other brands of soap.

Rural Market strategy: Lifebuoy has a pan-India presence and the rural markets make up more than half of its overall sales. There are a lot of challenges that the soap faces in these markets.

Although the product quality is the same, the company does have cheaper variants of Lifebuoy in rural areas. Lifebuoy is available in 38-gm stock keeping units that cost Rs 5, in rural areas. This aids easy product penetration.