Sales promotion is that short term inducement given to the buyers to go and procure the product immediately. Given below are some innovative sales promotion techniques used by Indian companies. 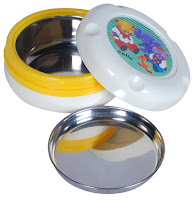 CELLO: This Indian company that makes insulated products for daily use like lunch boxes and water bottles did a very unique sales promotion campaign. The campaign requested the customers to register with the company. All the registered participants were told that they might be receiving a call from the marketing department of CELLO.
The catch was that when the representative from the Cello company calls the customers has to say CELLO instead of HELLO. This led to rousingly funny situations where many people in Hyderabad were lifting their phone and saying CELLO instead of HELLO much to the bemusement of the regular callers. But the point was well made by CELLO and it gave all the registered customers a discount. A definite win-win and an example of what can happen if people think with clarity of purpose.

Point Detergent Powder: An Indian company that sadly no longer exists. Point was very famous with all youngsters in the seventies. Point detergent powder package carried board games, puzzles and other things (pictures of birds and animals) that kids loved to cut and keep.
One cut out that I keptfor a long time was the cut out of the cricket pitch with all the positions marked. Point gave us 11 small fielders to place and change according to their field positions. In the era of radio commentary it was a brilliant tool of making the listeners understand and enjoy the game of cricket. 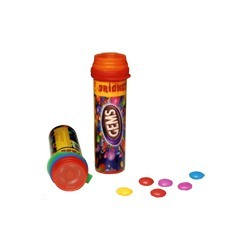 Cadbury’s Gems cricket game: In a country like India that is mad about cricket it is but natural that the next sales promotion tool also gets linked with the game of cricket. Cadbury’s gems came out with an idea of supplying the customer with a pop up bottle full of gems. The bottle can be used to play very innovative gamed of Indoor cricket. For cricket mad Indians who can play cricket even with a printed book (it is very essential that the book should have page numbers!) the ploy was a huge success. 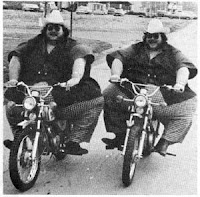 Two large people on a Luna:In India Luna (a sort of motorized cycle) was very popular. It was cheap, easy to ride and gave good mileage. But the only problem was that they were considered to be fragile and for thin people. Luna came out with a campaign where they show cased two extremely big people riding on the same Luna. The message was loud and clear. Luna can take the load of two extremely large people. Customers who make booking on the same day were given a discount. 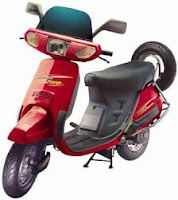 Kinetic Honda: Similarly Indians did not take very kindly to the concept of Auto start, gear less scooters. In their view the only macho scooter was the Bajaj Chetek. It was heavy, unwieldy, noisy, had to be kick started and above all had GEARS. Most people dismissed the Kinetic Honda as sissy scooter. They claimed that it was made of plastic and that it would disintegrate into pieces if it was driven for long distances.
To prove them wrong Kinetic Honda was put to the acid test by the Kinetic motors. They made the Kinetic Honda to go around in circles in a Pune Stadium for 24 hours without a break. The drivers used to change every two hours and while the drivers were changing the engine was kept on. Even the petrol was filled when the engine was running. Kinetic Honda proved all its detractors wrong by running without a hitch for 24 hours thus proving that it was a light weight, modern and technologically advanced scooter.
Posted by Dr. M. Anil Ramesh at 6:00 PM