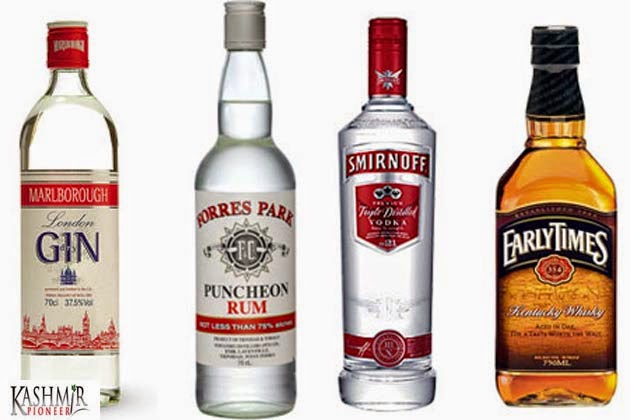 What is in a name? In my view everything.  Flavor these, Osama Bin Laden, Shakeela, Manavatti (the bride), Kotuvadi (Carpenter’s hammer), Anti-Christ, Ammini, Kanaal Parungi, and Patta.

In the world driven by imagery and brand names, the above are the names given to illicitly brewed liquor or hooch in the state of Kerala.  The illicit liquor makers are very market savvy and have given very interesting and thought provoking brand names.

A bottle of Osama Bin Laden would make the drinker want to crash into buildings while Shakeela would make the tippler want to go clothes free irrespective of surroundings. Mannavati (the bride) would make a person become tongue tied and as shy as a blushing bride. Kotuvadi (the carpenter’s hammer) would hammer the liquor into a person’s body.

Anti-Christ is the name given to toddy and it claims that a person would need three days to resurrect oneself from its impact. Illicit arrack is called Ammini (a common name for a woman) as women are actively involved in the production and the selling process. The illicit liquor is also called Kanaal Parungi as the medium sized barrels in which the illicit liquor is stored is hidden in the irrigation canals.

The oldest illicit liquors is called the “Patta” as it is brewed in Cinnamon. (Cinnamon is called Patta in Malayalam).

The illicit liquor marketers are showing us a way to colorfully brand the products and get the eyeballs and the buzz to make the products get noticed and get the top of the mind recall from the customers.
Posted by Dr. M. Anil Ramesh at 2:36 PM