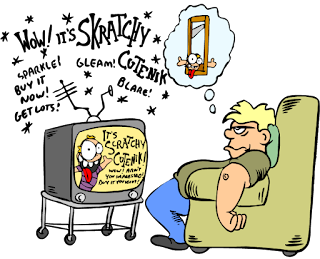 And you thought that world was a fair place - People shouting from the tops of roofs wishing so should understand that fairplay and meritocracy are things are used conveniently and as and when needed. Sample this. The world's most popular game Football's world cup is on and there are RESERVATIONS IN PLACE even for countries playing in the world cup.

For the not so sports inclined readers there are a total of 32 teams playing in the FIFA world cup and they are divided into eight groups of four teams each. The four teams play a round robin league where they play each of the other teams once.

The top two teams from each group progress to the group of sixteen or the pre-quarter finals .And from that stage every match is a knock out with the winning team  progressing and the losing team getting eliminated.

Simple Meritocracy rules say that the best 32 teams should play the world cup. But sadly that is not possible as FIFA is a political body and has to pander to its VOTE BANK.

What is galling is champion teams like Chile and Italy not playing.

Coming at the tail is Russia at a fantastic rank of 70! And they are hosts and they need to be accommodated.

The paradox is all the teams from Serbia to Russia are simply to fill in numbers and get eliminated in the group stage itself. But because of the quota policy we get to see "blink you see, blink you miss the action' football matches which are very boring. Food for thought FIFA!