Culture - The googly that foxes every one! 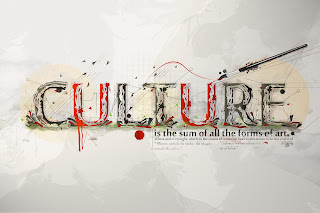 I have given a test in culture to my final year students of Management and not surprisingly most of them did not do well. I think understanding culture is like learning swimming. You can’t learn swimming by staying on the shores. One has to get into water. Sample some of the questions asked. The following questions were asked and the students were asked to suggest changes in any of the 4 Ps (that is in the product, Price, Placement or Promotion).
Mac Donald’s hamburgers in Middle East: What changes are suggested?
Answer - Mac Donald’s hamburgers in Middle East: The word ham burger is itself a very dangerous word in the Middle East. Muslims hate the animal PIG so much that the word for dirty in Urdu is Suar (PIG). The product called hamburger had to be tinkered and tinkered severely. Mac Donald does not sell Hamburgers in Middle East. (Ham is the meat of the pig).
Muslims only eat Halal meat. Halal means permissible. Halal meat is the meat of the animal that is slaughtered by Dabihah the prescribed method of slaughtering all animals excluding fish and most sea-life as per Islamic law.

So Mac Donald serves only Halal mutton (sheep and goat meat), Halal chicken (meat of the hen meat) and Halal beef (Buffalo ox or cow meat) burgers in middle East.
Mac Donald’s hamburgers in India - What changes are suggested?
Mac Donald’s hamburgers in India: Mac Donald faced another set of problems in India. One of them was that if hamburgers are served in India the 15% Muslim population would not eat their burgers. Another was that if beef burgers are served the more than 80% predominantly Hindu population would not eat as cow is sacred. So a via media option was chosen. India is one of the few countries in the world where Mac Donald serves only chicken burgers. Even Mutton burgers are avoided as there is a big fear by many Hindus that costly mutton meat could be mixed with cheap beef.
Another problem was that most of the Hindus population even though non vegetarian prefers to eat vegetarian food most of the days. And India has a huge population of pure vegetarians who don’t touch any meat products at all. Mac Donald caters to all these vegetarians by offering many vegetarian items like Mcveggie, McAlooTikki, Paneer Salsa Wrap, McCurryPan and Pizza Mcpuff etc.
The vegetarian Indians love the products especially offerings like Paneer Salsa Wrap and Pizza Mcpuff which are very close to the popular Indian snack the Samosa.
vegetarian)  that she came out with a dikhat (rule).

My wife served only vegetarian menu to my Ethiopian friends and colleagues. Even though vegetarian  food  is labeled fasting food (Ethiopian  Christians while fasting  eat vegetarian  food) my friends enjoyed the food and appreciated the variety of vegetarian cuisine that my wife could dish out in no time at all.