A True incident of Customer Service 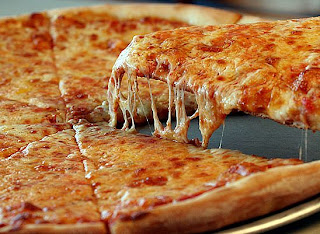 Murthy and his family were very excited. It was their holy grail. An outing to an American fast food joint. Murthy is an old timer who came up in life a hard way. He started his career earning 1500/- rupees per month. He is quite careful about spending money. For him 500/- rupees is still 33% of his present salary (even though he earns many times that much presently).
Padma Murthy comes from the same stable as her husband. Cost conscious and a value for money, lady she feels that money saved is money earned. Pranav and Sahithi are their children. They are “India Now” generation. Their motto “Spend money now and worry later. After all 500/- rupees is only one note. Blow them and you will get more”. It was Sahithi’s and Pravav’s day out. They had performed very well in the examinations and they were promised an outing and they chose Pizza Nation.
Pizza Nation is the Indian subsidiary of the world famous Pizza Nation . They are a very successful American Fast food company and they came to with lots of hope and aspirations. Pizza Nation is very confident that they can replicate their American success story in . They have read a lot about the big Indian Middle class and their craze for luxury products, especially American products.
Murthy and family wanted to try out Pizza Nation outlet at road no 12, Banjara Hills, . Banjara Hills is the poshest residential area in . It is the most happening place in and all the famous who and who of stay in Banjara hills. The entire locality is surrounded by high rise buildings, 5 star hotels, and big shopping malls. All food joints like MacDonald’s, Dominos, KFC and Pizza Nation have their outlets in Banjara Hills.
Walking up the steps of Pizza Nation Sahithi spotted the poster of Pizza Nation. It was a huge poster. It said “Tomato Cheese bites at 100/- rupees only”. The body copy said “22 cheese filled bits”. Sahithi was very excited. “We will have a gala time” she exclaimed. “Boy, boy what an outing”.
Murthy’s heart swelled in joy. “Why should I care about money? After all it is only 100/- rupees. It is value for money” he said to himself. Typical of all middle class families he was quick to justify what he considered as wasteful (sinful) expenditure.
Murthy checked out the menu. There was no mention of 100/- Rs cheese bites. The nearest was a 135/- rupee Tomato cheese bites. The bites were served twenty minutes later. Pranav blurted out “See mummy small Samosas” Padma looked on. Pranav was right! “The cheese bites were smaller than samosas and they cost a bomb” she said to herself. The measly mouthful was not enough. The children were clamoring for more. Murthy ordered a medium Margarita. The waiter was silent. He neither attempted up-scaling (super sizing) nor explained the deals or the deal of the day. Murthy felt cheated.
The meal was uneventful. The family ate silently and took some snaps. Murthy asked for the bill. A small UNICEF flier kept on the table caught Murthy’s attention. It was besieging customers to donate money for street children. Murthy ignored the appeal. “Bill please” Murthy hollered. The waiter brought the bill and very prominently holds the UNICEF flier. He pointedly asks “Sir Will you donate for UNICEF?” Murthy feels very upset. “Daddy why don’t you give some money” Sahithi pipes in.


The bill comes to 322/- rupees. Murthy is shocked. He as banking on sub 300/- rupees bill. The bill explained it all. Rs 135/- for the cheese bites and Rs 125/- for Margarita. That is a total of 260/- Rs. 26/- Rs was added as service charge. That took the bill to 286/- Rs. VAT (value added tax) took the bill to 322/- Rs. Murthy left a tip of 3/- rupees. “The bill was 325/- Rs but we ate only for 260/-.rupees. That is Rs 65/- rupees extra” Murthy muttered to himself.
Murthy complained to the cashier who was most casual about the entire thing. He said that service charge was extra. Murthy protested saying that service charge was not charged in the other fast food joints. The cashier did not have an answer. Murthy filled in the feedback form and outpoured his heart. But he knew it was a lost cause. His earlier experiences were that companies did not care. Having the customer once is enough. There is absolutely no need for the customer to return. The concept is akin to a leaking bucket placed below a running tap. Customers’ come experience the service and they exit. They will be replaced by new customers. That is the rule of the game. Murthy’s family was sullen as they walked out. Their evening was spoiled. They drove down to MacDonald and had ice-cream and burgers. They vowed never to return to Pizza Nation.
Later that night Murthy sat with his laptop. A quick search brought him to the web site of Pizza Nation. He sent out the following mail.
“Dear Sir,
Today we went to your Pizza Nation outlet in road no 12, Banjara Hills, Hyderabad. We had the following experience.
First of all the advertisement outside the shop said Rs 100/- Rs cheese bites. But the menu said 135/- Rs. The portions were very small, smaller than small samosas. The advertisements claimed 22 pieces but only 16 pieces were served. The margarita medium was just okay (average!). The service was pathetic. The waiter was insisting that we pay some money for UNICEF!
The worst part was we were billed 10% extra as service charge. We stay at Banjara hills and we are surrounded by MacDonald, KFC, Dominos and Pizza Nation. The service delivery is in the same order. Sorry to say that Pizza Hut is right at the bottom in terms of service delivery. None of the other three charge service tax!
No wonder the place was almost deserted! We walked out and went to MacDonald and it was jam packed. Why cant Pizza Nation put the entire price including VAT and your so called service charge as part of the price? My cheese bites cost me 135+13.50+18.5 = 167 rupees. That means 67% more than advertised. Talk about marketing gimmicks!
I brought the same to the notice to the cashier Mr. Bhasker who was not bothered at all. He displayed take it or leave it attitude and we LEFT! Thanks Pizza Nation for the Experience. You can be assured that I will never return.
With regards
Murthy”.
Murthy clicked and the mail went like a flash. Murthy gave a deep sign and switched the laptop and the entire experience off from his mind. As far as he was concerned the entire issue was an example of customer service delivered by world famous companies. “If world famous companies behave this way, how can one expect better things from Indian companies” He said to himself drifting off to sleep. “Is the customer really a king?”
Posted by Dr. M. Anil Ramesh at 5:17 PM