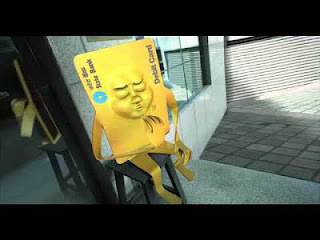 SBI (State Bank of India) Debit card: An advertisement that stands out. It is a simple, no frills advertisement. A man walks out of an ATM and the Debit card (animated) says “why is that you use me only for drawing cash. Why don’t you use me for making purchases, online payment and for shopping?” I would say a brilliant advertisement. Many of us are still very scared of the Debit/Credit cards and use them very sparingly. We use it only to draw cash. In other words instead of drawing money from a bank’s teller we draw money from the ATM.

Research has shown that people spend less money if they have to count out cash and pay. And having cash also inhibits impulse purchases. As the bank that has the maximum number of credit/debit cards it makes sense for SBI to go in for such a campaign. Using the credit/debit card increase the spending. SBI makes money. It can collect money from the vendors where the cards where used. SBI makes money. It is easier to pay by card and if one pays by card again SBI gains. SBI is the biggest bank in India and that means more money in circulation. SBI would literally laugh it way to the bank – its own bank!

watch the advertisement at http://www.youtube.com/watch?v=SHy3U-vSY1k 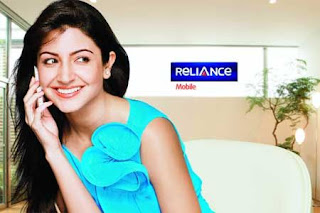 Reliance mobile: India is one country where pre-paid connections in mobiles outstrip the post-paid connections by a huge margin. Prepaid is almost 4 times the size of post-paid. Pre-paid has many advantages. The customers can use it as much as they want and then they can control the usage. For example a customer can say ‘Rs 300/- is my monthly target’ and  take a pre-paid service, Once the Rs 300/- is exhausted he becomes cautious and uses the mobile only as a incoming call answering service.

Most companies make money on customers who use the service more frequently and pay more. Now a days lots of service are being used MMS, SMS, Internet, Incoming, outgoing, roaming etc. Reliance has come out with an interesting package. It is the Prepaid of the post paid  called unlimited post paid plan- That is unlimited usage and of any service for only Rs 1299/- per month.

The advertisement too is brilliant. It talks of a boyfriend/husband who tries in vain to increase the post-paid mobile bill of his wife/girlfriend. He uses all the services and that to very liberally. To his surprise and to the delight of his wife/girlfriend the bill is only Rs1300/-. ‘No it is Rs1299/’- says the smiling lady ramming in the psychological aspect of a sub 1300 rupees bull.

watch the advertisement at http://www.youtube.com/watch?v=DtSHw2fwcmM

Similarly Reliance has come out with a concept of a one family plan called all share plan. One family plan is a plan where the entire family can take a plan and share the expenses. An interesting concept I would say. This is rammed in by the advertisement where the daughter explains to her brother that he is not part of the plan as he is not their parents’ real son.

She goes on to explain that he was found on the steps of a temple. The crestfallen boy tries to slink away to his room. His sister then explains to him that the entire thing was a joke and that that he too is part of the family and he would be part of the family pack service from Reliance mobile.