Toyota India stopped the production of Qualis when it was having its highest market share in Indian market. 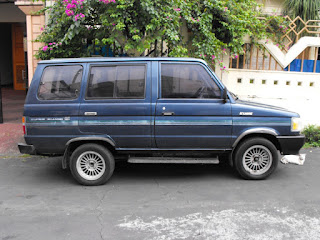 Those predicted failure for Qualis had real logical reasons. First, Qualis was a dated model. Indian consumers are aware of global trends and may not accept an outdated model. Second was the design of Qualis. Qualis was not good looking.
But Qualis proved everyone wrong. For Toyota, Qualis was a brand launched to test the market. Qualis was a utility vehicle. The brand was competing with the Tata Sumo which was the market leader in the nascent Multi-Purpose Vehicle segment.
MPV's are used by businessman and self-employed and those who would like to take the entire family around. Sumo was more of a commercial vehicle rather than a family one. Sensing this gap, Qualis was launched as a family Multi-Purpose Vehicle.
Qualis was launched with much fanfare and the launch also saw some iconic advertising. The brand was launched with “Touch and Try" campaign which encouraged the customers to test drive the car. The brand initially focused on Space and comfort as the main differentiator.
Rather than the intended consumers, Qualis began to attract taxi and tour operators. From the initial 9% market share, Qualis dethroned Sumo and was the market leader with over 40% share.
The brand tried to bring back the individual consumer through a series of campaigns and variants. The brand had the following taglines "Touch the perfection " and " Live the Qualis Life". New luxurious variants were launched to attract businessman and individuals to buy this car. The Target group for Qualis was businessman/self-employed people with an annual income between Rs 600,000- Rs 800,000 who travels at least 40-50 Km per day. Qualis was known for Quality Durability and Reliability.
With Multi-Purpose Vehicle segment taking off, competition was getting hotter for Qualis. More than Chevrolet, it was Scorpio from Mahindra that worried Toyota most. The company felt that the intended consumers were moving away from Qualis. Market research suggested that consumer needs are changing and Qualis did not fit into the consumer's schemes.
Toyota had the company policy that a model should have attained leadership position before phasing out. Qualis has attained its saturation point. So the company had the challenge of retaining the leadership position in the segment and also to expand the market. It wanted to get out of the “Taxi " tag.
In 2004, Toyota announced the phasing out of Qualis. Interestingly, the month where the phasing out was announced saw record sales for Qualis. It’s difficult for a brand to succeed and even more difficult for a marketer to kill a successful brand. Qualis ' death was timely and paved way for a more successful Innova.
Edited and taken from:
http://wiki.answers.com/Q/Why_Toyota_stop_production_of_Toyota_qualis_in_India
Posted by Dr. M. Anil Ramesh at 3:57 PM