Wooing the Indian Customer - If the mountain does not go to Ali , then Ali should go to the mountain 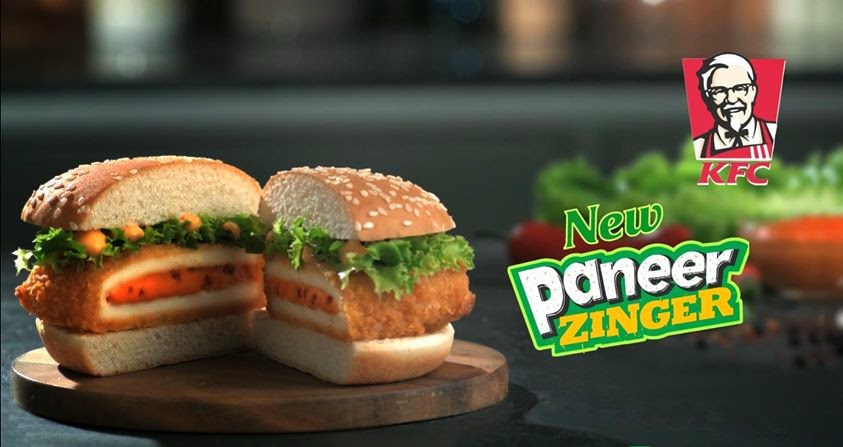 Across most of the world, Nestlé’s Maggi is best known as a soups-and-sauces brand. But in India, it has become the generic word for instant noodles. Introduced in 1982 with a masala (spicy) flavoring and since then Nestlé continues to launch variants that would appeal to local and regional tastes.
Kellogg India is determined to popularize cold, uncooked breakfasts in India , even offering corn flakes in ethnic flavors such as mango, honey and saffron. It is wooing the Indians the hard way.
Mac Donald offers no-beef, no-pork menu in India. Vegetarian products are prepared with dedicated equipment and utensils and, in some cases, by a separate workforce. All food is cooked in vegetable oil, and the mayonnaise and other sauces do not contain egg (considered a non-vegetarian food in India). The iconic all-beef Big Mac has been replaced by the mutton and chicken Maharaja Mac in India. The company has been exporting McAloo Tikki burgers, Pizza McPuff and Veg Surprise — products developed especially for India — to West Asia. These have proved to be successful.
KFC also introduced a vegetarian menu that included rice meals, wraps, Paneer Zinger and side dishes and, like McDonald’s, stuck to eggless mayonnaise and sauces.
Within three years of its 1996 launch, Pizza Hut opened its first vegetarian restaurant in Ahmedabad, Gujarat, a state with a large Jain population. Not only did the outlet serve no meat, it also offered a selection of Jain toppings. (The Jain religion prohibits usage of all meat and root vegetables, including ginger, garlic, onion and potato).
Mobile phone handsets in India have to be tough. The handset would have to be hardy enough to withstand the heat, dust and humidity, and would need a battery that has to cope with uncertain recharging schedules, given the erratic power supply.
Accordingly, the Nokia 1100 had a dust-free keypad and an anti-slip grip. It also has an alarm clock and a built-in flashlight that can be activated by pressing a single key. It was affordably bringing it within reach of consumers from even lower-income groups. Not surprisingly, the 1100 proved to be very popular.
The biggest barriers to increasing washing machine sales in India are the frequent power outages and the uncertain water supply. Whirlpool India kept that in mind and launched a series of semi-automatic washing machines that require less water and fully automatic machines that restart automatically after a power failure.
Product adaptation has to be practical too. Take the case of the colors of refrigerators, for instance. The generous use of oil and strong spices such as turmeric in Punjabi cooking can stain pastel-colored appliances, which is why more intense shades do particularly well in that part of the Indian market.
In South India, for instance, most microwave oven starter kits include an idli molds. In northern markets, the mold may be replaced by a plate to heat kulcha, a traditional flat bread.
Philips India introduced an intelligent water purifier, which works on ultraviolet light technology — a product created especially for India. It is now being exported to Eastern Europe, Thailand, Turkey and Brazil. Similarly, a food processor that generates less noise is finding new customers in Sri Lanka and West Asia.


Using existing modular containers, Tupperware created an ergonomically sound, rectangular spice box. It was a neat, space-saving design but it was not successful.. The traditional spice box in India is made of metal and is round, with round containers inside. Feedback from the sales force revealed that consumers would accept a plastic alternative, but not an altered shape. Later a round shaped spice box introduced by Tupperware proved to be successful.
Posted by Dr. M. Anil Ramesh at 1:26 PM