Origins of Famous brands and Products


Many products have interesting stories of  origins, One of them has to thank the US President and the other  a mother with a very observant eye. Read on

Teddy Bear: The Teddy Bear is named after Theodore 'Teddy' Roosevelt, the famous hunting President of the USA. In 1902 President Roosevelt, visiting Mississippi decided to go out hunting for the day. After several hours, he still hadn't got anything, when one of his aides discovered a lost bear cub wandering through the woods. Catching it, the aide tied it to a tree, and brought the President to shoot it.

Roosevelt' couldn't bring himself to shoot the defenseless cub, and ordered it to be set free. The press contingent following Roosevelt's visit heard about the story, and it inspired cartoonist Clifford Berryman to draw a cartoon of the incident, entitled 'Drawing the Line in Mississippi'.

The printed cartoon triggered inspiration for Brooklyn candy store owner Morris Michtom. Using Berryman's cartoon as a guide, he quickly worked out a pattern, and, his wife had soon put together a little jointed toy bear cub, which Morris put into his shop window with a copy of the cartoon, and a handwritten notice saying 'Teddy's Bear'. The Bears sold well  and within a year, Michtom closed his candy store, and founded the Ideal Novelty and Toy Co. - still one of the biggest toy firms in the world.

Lacoste is a French clothing company that sells high end clothing, footwear, perfume, leather goods, watches, eyewear and the most famous Polo shirts. The company can be recognized by its famous green crocodile logo. Rene Lacoste the company's founder was nicknamed "the Crocodile" by fans because of his tenacity on the tennis court. In November 2012 Lacoste was bought by Swiss family-held group Maus Freres.

Rene Lacoste founded La Chemise Lacoste in 1933 with André Gillier, the owner and president of the largest French knitwear manufacturing firm at the time. They began to produce the revolutionary tennis shirt Lacoste had designed and worn on the tennis courts with the crocodile logo embroidered on the chest.

Barbie doll: Barbie is a fashion doll manufactured by the American toy-company Mattel Inc and launched in March 1959 by American businesswoman Ruth Handler who is credited with the creation of the doll using a German doll called Bild Lilli as inspiration.

Ruth Handler watched her daughter Barbara play with paper dolls, and noticed that she often enjoyed giving them adult roles. At the time, most children's toy dolls were representations of infants. Realizing that there could be a gap in the market, Handler suggested the idea of an adult-bodied doll to her husband Elliot a co-founder of the Mattel toy company.

During a trip to Europe in 1956 with her children Barbara and Kenneth, Ruth Handler came across a German toy doll called Bild Lili.  The adult-figured doll was exactly what Handler had in mind, so she purchased three of them.

She gave one to her daughter and took the others back to Mattel. Upon her return to the United States, Handler reworked the design of the doll and the doll was given a new name, Barbie, after her daughter Barbara. The doll made its debut at the American International Toy Fair in New York on March 9, 1959. This date is also used as Barbie's official birthday. 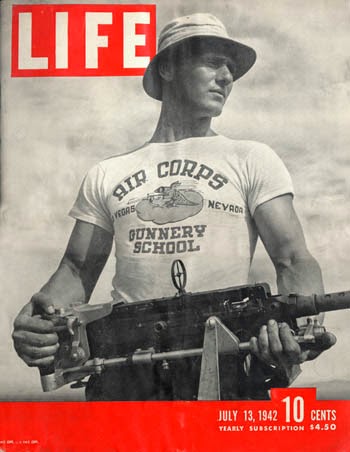 T shirts: The beginning of the T-shirt is credited to the US navy. While other historians say it was the "swabs" in the British Royal Navy who wore them under their uniforms in World War I, some even suggest it was the French Army. American soldiers liked the comfortable lightweight cotton undershirt compared to the wool uniforms American soldiers wore and the rest is history.

U.S. Navy was issuing crew-necked, short-sleeved, white cotton undershirts in 1913. The newly created shirt allowed ease of movement and quick drying. By the 1920s the T-shirt had become an official tern in the American English Dictionary. By the late 1930s a couple of US retailers were marketing them, namely Hanes, Fruit of the Loom and Sears, Roebuck & Co.

By World War II both the US Navy and army were wearing standard issue t-shirts as underwear. However, it was really in the 1940’s that the t-shirt really got going with returning US servicemen. The Smithsonian museum has ‘the oldest printed T-shirt’ on record in their collection and on display. It is a campaign shirt for New York Gov. Thomas Dewey's 1948 presidential campaign.

Jeans are now a popular article of casual clothing around the world. They come in many styles and colors; however, blue jeans are the most popular. The jeans in the picture is the first pair of riveted jeans that was ever made by Levi Strauss and his partner Jacob Davis. This is the oldest pair of Levis and is valued at $150,000.
Posted by Dr. M. Anil Ramesh at 11:27 PM