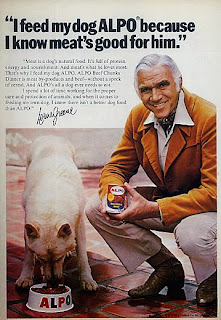 Dogfooding is a term used where a company uses its own product to demonstrate the quality and capabilities of the product. In other words the company is practicing what it preaches!

Dogfooding can be a way for a company to demonstrate confidence in its own products. The idea is that if the company expects customers to buy its products, it should also be willing to use those products. Hence dogfooding can act as a kind of testimonial advertising.

One perceived advantage beyond marketing is that dogfooding allows employees to test their company's products in real-life scenarios and gives management a sense of how the product will be used, all before launch to consumers.

In software development, the practice of dogfooding with build branches, private (or buddy) builds, and private testing can allow several validation passes before the code is integrated with the normal daily builds.

In the 1970s television advertisements for Alpo dog Food, Lorne Greene pointed out that he fed Alpo to his own dogs. Another possible origin is the president of Kal Kan Pet Food, who was said to eat a can of his dog food at shareholders' meetings.

In 1988, Microsoft manager Paul Maritz sent Brain Valentine test manager for Microsoft LAN Manager an email titled "Eating our own Dogfood", challenging him to increase internal usage of the company's product. From there, the usage of the term spread through the company.


The development of Windows NT at Microsoft involved over 200 developers in small teams, focused on dogfooding, using a daily build, initially text only, then with graphics, and finally with networking. It was initially crash prone, but the immediate feedback of code breaking the build, the loss of pride, and the knowledge of impeding the work of others were all powerful incentives in making it better.
Posted by Dr. M. Anil Ramesh at 9:14 AM