Memoirs of a Metro Man (Not E. Sreedharan’s) 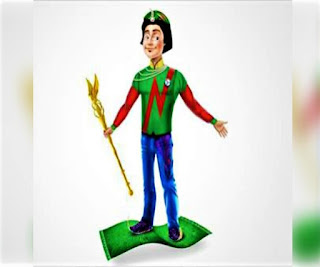 These are the memoirs of another man, me who qualifies as a common Man in a Metro. Right from its inception in 2017, I have been a great fan of the Hyderabad Metro service. I am proud to say that I frequently use Hyderabad Metro and am fascinated by its convenience, speed, connectivity, and lack of frequent traffic jams that are quite prevalent in the other, modes of public transport.

Metro is convenient for me as we stay close to Miyapur station, one of the terminal points. This ensures that I always get a place to sit when I start my journey. My return journey station, Moosaram Bagh too is very close to the other terminus, LB Nagar and I am ensured comfortable seating on both sides of the journey. My wife jokes “you move from a drawing-room (house) to an Air-conditioned Office (My workplace) courtesy, Hyderabad Metro”.

I call myself an MMTS traveler using a Multi-Modal Transport System (MMTS). Metro train, Bus, Auto, Cab, Car, walking are all means of traveling for me. The following are some of my observations about Metro Travelers.

1) “Eating and drinking are banned in Hyderabad Metro”. This might surprise many travelers but it is true. Unlike a regular railway system where eating and drinking non-alcoholic beverages is permitted, eating and drinking are not permitted in Metro trains. Most don’t drink or eat, but in few cases, it has been noticed that people munch on snacks (Kurkure, Chips, Frankie’s, Samosas and drink water (permissible), and in some cases I have seen travelers drinking Coke/Pepsi. But it is undeniable that most people don’t eat or drink as the journeys tend to be short, maximum 10 or 15 minutes.

2)  According to the Hyderabad Metro Website, taking photos is also banned. But this too like eating and drinking this is never enforced. There are no signboards about prohibiting eating, drinking, and taking snaps and selfies. Commuters can’t be blamed for indulging in these activities as most might not even be aware that these activities are banned.

3)  Most commuters don’t believe in queuing up while entering the train or when they are disembarking. It’s a free for all and even at terminal stations there is pell-mell and people simply rush in like stampeded cattle!

4)  No respect for women, people with special needs, or senior citizens. Except for the reserved ladies section where only women sit, all other seating area is occupied by young men and women who give scant notice to others with special needs. Even in places reserved for the senior citizens have to ask for people to vacate the seats. No one voluntarily gets up and offers a seat. The other day, a senior citizen demanded a seat. The man sitting had an interesting reason not to get up. He said, “Ask those youngsters (pointing to some teenagers) to get up. I am older than them”. This defeats the entire purpose of reserving the seats. The seats are meant for senior citizens and people sitting have to vacate without putting any preconditions!

5)  During the four years of my travel in Hyderabad Metro, I have some interesting insights. No one reads printed matter of any sort! Apart from me (I read novels and magazines), Once I saw a young girl reading a novel and on another occasion, I saw a young man reading a newspaper. That is all! 99% of the travelers are joined to their umbilical cord, the omnipresent cellphone. Most people listen to music (loudly), talk incessantly (again loudly), see videos (movies, serials, comedy shows) at high decibel levels. It is a cacophony of sounds. Very few people use headphones or earphones. I am told that in Japan there is pin-drop silence in metros and most if any all travelers use headphones and earphones and text instead of talking to avoid disturbing others.

6)  Commuters' backpacks are a big nuisance. The unwieldy backpacks often swing in all directions and hit other standing travelers or brush the faces of the seated travelers. I often think of the pack backers as being pregnant on the wrong side. Most of the backpacks look like full-term pregnancies. It looks as if the baby inside would pop out at any time. Hyderabad metro should use its train audio system to advise commuters to put their back backs on the floor and not take up additional space and assault the others.

8) Staircases are not very popular and only around 5% of travelers use the staircases. Most use the escalators and the lifts. Lifts are meant elderly and travelers with special needs but most ignore the instructions posted at the lift entrance.

9)  No respect for personal space. Due to Covid, Hyderabad Metro has made it mandatory that travelers sit only on alternate seats. But this is not enforced and all seats are occupied. The travelers in the allowed seating make seating difficult in the restricted seats by spreading their thighs and making sitting unconvertable. But alas, the hardy Hyderabadi Metro travelers squeeze themselves and slowly but surely make the unwilling next eat person sit properly (with thighs close together).

10)   In spite of repeated requests by the Hyderabad Metro personnel there is too much crowding at the front part of the train. The metro personnel plead and request the commuters to move back but to no avail. There is a tendency to get into the train from the front part and then move back. Common sense says that the last compartment is least preferred. It is less crowded and there are more chances of getting seating space.