To be or not to be - That is the big question - Contentious Indian advertisements! 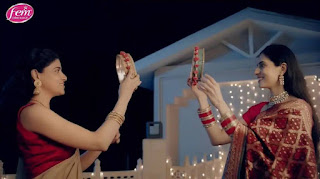 Advertisements are supposed to reflect the society and it is interesting to see that they are changing. first it was the Cadbury cricket ad of the nineties that was remade with a completely new gender bend. The hero turned heroine and the supportress turned the supporter. Cadbury cricket was a huge success and there was appreciation all around. 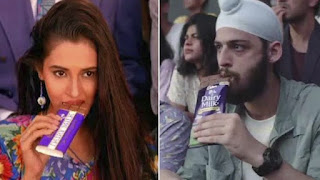 But what Kwality Walls and Dabur did with their latest advertisement is quite contentious. The Kwality walls Advertisement shows a disapproving lady who is hostile to her new (may be gay/homosexual) neighbour couple.

Her husband cajoles her to enter the neighbour’s house and viola Kwality Ice-cream melts the lady and her misconceptions about same sex couple living together.

There is a definite deliberate awkwardness in the advertisement. It was a deliberate attempt to hint at something “THAT ÏS DIFFERENT”. So much so that even Asish Vidyarthi who plays the role of the disapproving lady’s husband remarked about the awkwardness in his social media post. The post is shared as a screen shot!

The second advertisement that is stirring a storm in a tea cup is the Dabur ad. Dabur has shown two women (living together) fasting who see each other through a sieve! Dabur have shown Karva Chauth with a difference. Karva Chauth Is a festival of wives fasting and praying for the health of the husband and they see the moon through a sieve after a day’s hard fasting!  The advertisement has since been withdrawal by Dabur!

So far so good. As usual it is the Hindu customs/festivals that are taking a beating. Is it alright if Diwali and karva Chauth are used to display our liberal thinking? If the same was done with any other religion, would they be silent? Are the Hindus too silent and too accommodating? Just a thought process!