The Cloak and Dagger world of OTT platforms! 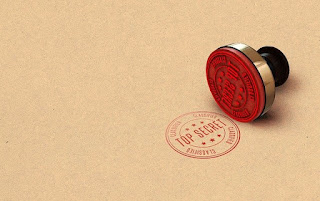 Covid-19 pandemic has triggered the OTT wave in India. What was a trickle, turned into a flood and later into a raging tornado. The OTT penetration which was first thought of and dismissed as an urban city phenomenon took the country by storm.

OTT has become all-encompassing and threatens the very existence of a deep-rooted film distribution and viewing industry that includes the omnipresent cinema halls or theatres. Many theatres are shutting down and especially single screens will soon be like the Indian tiger, a fast-disappearing species unless special protection status is accorded!

The OTT platforms boost a surfeit of content. The major OTT platforms like NETFLIX, AMAZON PRIME, Disney Hotstar, Sony LIV, ZEE 5, AHA, and many others have so much content that it is mind-boggling and even mind numbing. The content is so much that no viewer can watch even 10% of it, even if he/she were to watch it for the entire day.

Apart from the surfeit of content, no one knows exactly how the OTT platforms operate. Figures of hundreds of crores of rupees are thrown about for getting a movie onboard but no one knows for sure.

Unlike the movies that are released in theatres, aired by satellite channels, or through YouTube no one knows exactly how many have actually viewed a movie. The only indicator is the IMDB ratings that a movie generates. And with the huge Indian population, IMDB rating can be skewed and can be boosted by encouraging the viewers to give higher ratings. And ratings are not a good indicator as many do not rate a movie and non-raters might even be a majority. Generally, ratings are given by viewers who either have loved the movie or have hated it. The fence-sitters are not really bothered!

The OTT platforms even though driven by technology are loathe to share numbers. I suspect that they do not want to admit that they carry Duds (movies with hardly any viewership). So, the entire viewership issue is swept under the carpet.

It must be disconcerting for the producers, directors, actors, and technicians not to know the exact viewership details of the movie in which they have invested so much money, time, and energy. At least YouTube is transparent and anyone can know the viewership details with a mouse click.

Analytical sites like Social Blade furnish jaw-dropping statistics about videos uploaded on YouTube but are totally silent on content hosted on OTT as there is no data shared in the public domain.