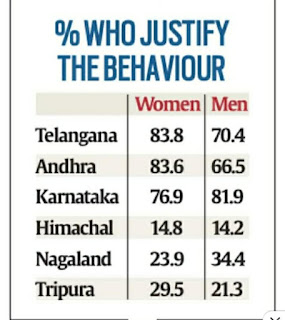 What sort of a survey is this? Who sanctioned it? National Family Health survey asks a question, "in your opinion is a husband justified in hitting or beating a wife?".

In research we call this sort of question as a loaded question. It almost legitimises the action. 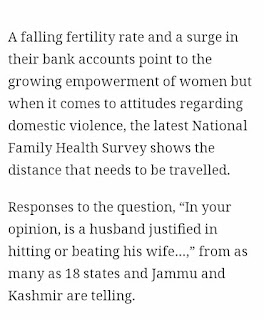 And the results are published and given publicity. And 84% men and 70% men from Telangana answered in affirmative. Wife beating is justified! We get the surveys we deserve. 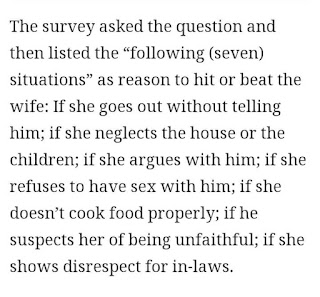 "Figures often beguile me, particularly when I have the arranging of them myself; in which case the remark attributed to Disraeli would often apply with justice and force: "There are three kinds of lies: lies, damned lies and statistics."

DON'T SHOOT THE MESSENGER, THIS QUOTE IS BY MARK TWAIN!