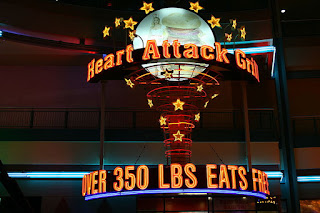 In the world that we live in everything is available on a tap. Information is so much in excess that people are jaded and experiences are no longer treasured. Attention spans are incredibly low and are down to 8 seconds for the Generation Z.

So, what should a marketer do? Normal Marketing will not work. What customers want is a shock, that too a 1000-volt shock, that should jolt them, almost to death!

2)     The normal offering is a 9,982 Quadruple Bypass burger (almost 4 days calorie requirement for an average man) and French fries cooked in fat, Jon Basso himself says "Don't come here every day of the week; it'll kill you,'" How many owners dare say “don’t come every day to my business/shop””. 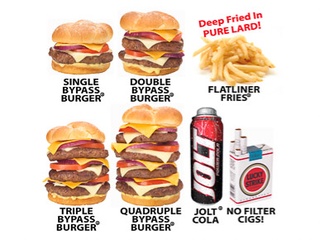 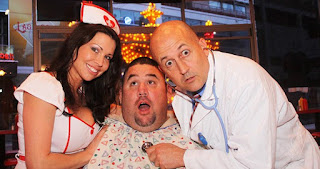 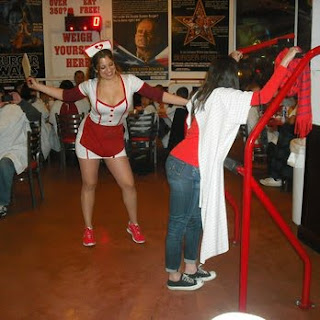 8)       Payments are strictly cash only. (What is the guarantee that the customer would survive the meal. What if he/she dies before the cheque is realized).

9)       Patrons weighing more than 350 pounds (160 kgs) eat free! They have to stand on a weighing scale that flashes their weight on a huge screen! 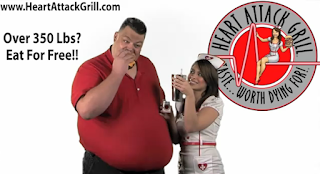 11)    Nothing healthy is allowed, no lettuce on the Grill's burgers. No Diet Coke, only full-sugared soda is sold.

12)    The nurses wheel out "patients" who are able to down a Quadruple Bypass Burger to their car in a wheelchair.

13)        Diners find themselves surrounded by posters that glorify obesity.

14)        An oversized pill bottle dangles above the bar where the “doctor” mixes drinks and pours beer. 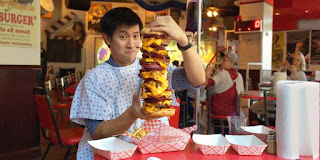 17)     Two people considered to be spokespeople of the restaurant died due to obesity-related conditions. The first, Blair River, died at the age of 29 in 2011 after a bout with the flu that had become fatal due to his obesity. River is still pictured in many of the restaurant’s advertisements and décor.

18)      A second spokesperson, John Alleman died at 52 in 2013 after suffering a heart attack on the premises itself. He ate at the restaurant every day,

20)      I am speech less. People are craving for experiences that is out of the world and they are ready to do anything to have that experience including risking their own life whether it is eating at Heart Attack grill or trying out a dish of FUGU fish (a dish that is so dangerous that, one has to sign a document of release before sampling it). Every year more than 100 people die eating the deadly Fugu fish! 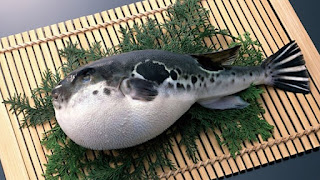