Washing dirty linen in public – How not to deal with your Human Resources! - Virat Kohli vs BCCI 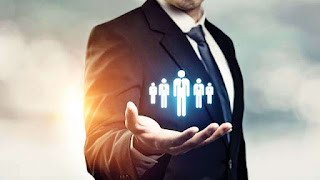 ” Common Sense is not common”, I often comment in my classroom. The unfolding saga of Virat Kohli vs Saurav Ganguly Vs BCCI vs Azharuddin vs Sunil Gavaskar vs every other Indian has left me bemused and perplexed, to say the least.

First let us put things in perspective. Whether we like it or not Virat Kohli is a superstar cricketer. His popularity is phenomenal, only second to Sachin Tendulkar and his records speak for themselves. His captaincy record has been outstanding and his win percentage too has been good. His only blemish, not winning any ICC championships.

But why blame him? Even the great Sachin Tendulkar was not a great captain. We were lucky to have a Dhoni who did so well in ICC championships. But to hound and play the fool with Virat Kohli is not done at all.

First of all, Saurav Ganguly says that he asked Virat Kohli to reconsider his decision to give up T20I captaincy. Immediately Virat Kohli says that there was no such communication to him and that the decision to relieve him of ODI captaincy was conveyed only 90 minutes before the selection committee meeting.

Fine, BCCI. Why can’t you have all these discussions in-camera. Why do you need to wash your dirty linen in public? Then suddenly Rohit Sharma becomes injured and will not play test matches. On cue Virat Kohli says that it is his daughter’s birthday in January 2022 and that he would not play in the ODI series against south Africa.

Katti or tit for tat. BCCI has become the laughing stock of the world. And the comedy has yet not ended, Virat Kohli now says that he is available to play the Odo series against South Africa. One thing that BCCI has to realize is that Virat Kohli is a big draw and a superstar cricketer. It is better to deal with him with butter gloves.

BCCI is known to grovel before superstars. They had to humour Kapil Dev till he reached 432 wickets and had to put up with Sachin Tendulkar till he got 100 international hundreds and played 200 test matches.

I am sure that BCCI will placate Virat Kohli too. Why in the world would BCCI want to kill its golden goose! A goose that lays eggs worth crores of rupees!