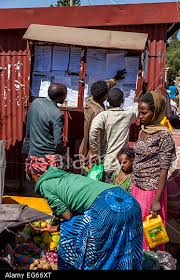 It was quite common to see people crowding in city square and reading newspapers and notices pasted on the wall. They were indulging in ‘reading from the wall in actual sense’ unlike virtual reading from the wall popularized by social media giants like Facebook. It was interesting to see many people crowd and read news. Once in a while somebody would read something aloud and all of them would burst out laughing out loud. It was social interaction at its best. 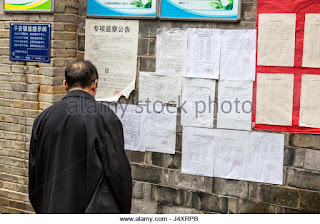 My father had told me that Indians too would do the same in the 50s and the 60s when people were hungry for news but could not afford to buy a newspaper. The major attraction was the wall outside the Kasturi building, Mount Road, Madras (now Chennai). 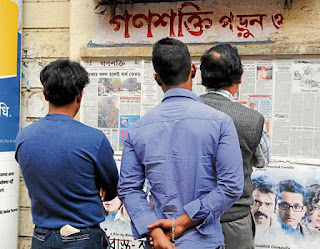 The iconic English newspaper ‘The Hindu’ was published from the Kasturi building. The Hindu would paste the next day’s news by the afternoon or the evening. People would crowd and read the news for free. They could also search for any typos or spelling mistakes.  Some lucky ones would infact find some.
Such lucky finders would be treated to a plate of hot idlis and a hot piping Chennai filter coffee, for free in The Hindu’s cafeteria.  That was the level of seriousness of The Hindu. As I saw what had unfolded in front of me, I wondered – ‘many get a chance to see the latest and peep into the future, but how many of us are lucky to go into the past and experience the life and times of our parents’. It was most surreal, to say the least. 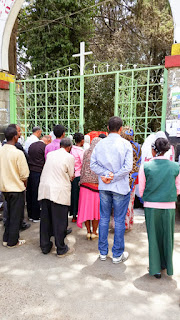 It was a Sunday morning and the kids were still sleeping. Padma and me went out for a walk. A strange sight beckoned us. There are people standing on the road and facing an imposing building, Others were very close to the boundary wall of the building but were not touching it. Many had pressed their faces to the wall and some even kissing it. All the time I could hear muted murmurings and all of them looked serious and solemn. Overcome by curiosity, we crossed over and peeped inside the building. 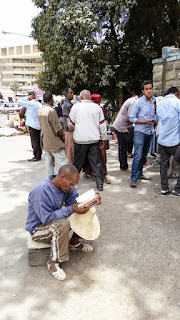 The sight stunned us, the building housed a huge church and there were many people inside the church premises, some I saw very close to the church steps and I assumed some were present inside. 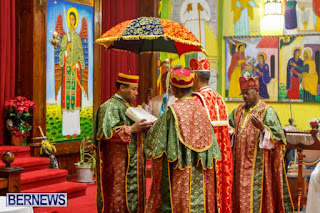 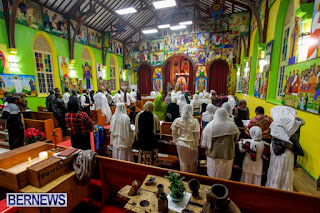 Later an Ethiopian friend explained “Ethiopians, especially the orthodox Christians are very pious and god fearing. They worship the god from a distance that is comfortable to them. Only the ones who believe that they are pious and pure enter the main church. The proximity or the remoteness from the god is decided by the self-belief of how pure or sinned one feels internally.” I found this thinking to be very deep, puzzling and unreal. But it had happened in front of me!

For many religious people, sinning is some thing that you leave to the mercy of the god. Huge donations, or penance is enough to wash away the sins. In-fact the proximity to the god is possible if one is materially rich! But being away from the god and that too voluntarily, touched my heart very deeply.