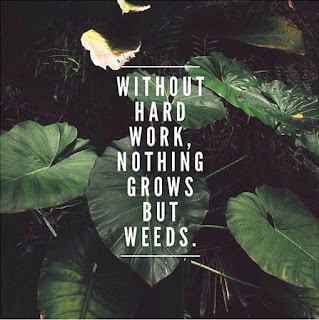 Padma next attacked the garden. The garden can’t be called a garden at all. It was a front yard full of pebbles, stones and rocks. Padma was heartbroken looking at its state. It had construction rubble too! The soil was very powdery and she doubted if anything would ever grow in it. Padma tried taking the stones away but it was a back breaking job.

Seeing her toil without much success, I hit on what I thought was a great idea. I asked Padma to ask if Mulugeta’s (The Kable’s watchman) son could help. When beckoned the young man appeared. Padma asked him “Clear the stones?” The boy looked on impassively. “Clear, Clear” Padma was getting desperate. The boy could not comprehend what Padma was asking.

Padma showed him what has to be done by actions. The teenager slowly nodded his head. Padma heaved a sigh of relief. “How much?” she asked. The boy simply smiled. This was testing Padma’s patience. She said “100 Birr!” The boy looked on. “100 birr, 100 birr,” She remembered my bargaining in the market “Aend Meto, Aend Meto (one hundred in Amharic)” Padma was blabbering by now! The boy nodded and went off.

Padma waited for three days and later told me about her experience. “I don’t think the work is worth more, I don’t know what to do!” I went to my go for person when I have any issue – Addis Gedafaw.

Addis told me that typically most house owners would have offered 5-10 birr. Later I came to know that the Birr has tremendous intrinsic value and that most Ethiopians earned very little.

Ethiopian maids were very famous. Most local Ethiopians would give their maids 30-50 birr a month (Rs 150 – Rs 250).The Ethiopian maids would come early in the morning and would stay back till late in the evening. Some of them are so poor that they would be happy to stay permanently in the Injera house if food and accommodation was provided.

They would do any type of work. Sweeping the house, cleaning the utensils, washing, drying folding and even ironing the clothes, taking care of the children, roasting, pounding and making coffee, preparing the dough and making Injira and the different varieties of wats.

In short they are super workers! And they would do it 365 days a year. Their washing of the clothes was a sight. They would wash the clothes in a small tub and they would bend and wash very slowly and very methodically. Padma remarked “no wonder they are so slim and agile. They simply can’t put on weight when they do so much hard work”.

The Ethiopian girls who worked in expatriate homes were super special. They could speak English and some of them could even cook Indian and European dishes. Most maids who worked in Indian houses would get between 70-100 birr (Rs 350 – Rs 500) per month.

These maids would be well dressed and were very stylish in behaviour. Most of them would address the Indians by name which the Indians found very disconcerting. Most would stylishly sit at the dining table and have tea and coffee along with the family. They considered themselves as working professionals! Some of them even pursued extension courses (distance education) at PEDA.

Seeing that help was not forthcoming Padma set to do the work all by herself. She worked like a lady possessed! I saw with astonishment as the stones and pebbles slowly disappear over a period of ten days. A small rocky hillock was formed at one end of the compound.  The garden had only two small saplings, one was a mango and the other was a guava. The rocky hillock would later take shape of a rock garden!

I went out and got some Cannas from the PEDA campus. We planted them on the either side of the pathway that Padma created. It was very difficult but slowly the garden started taking shape. Later we planted some marigolds, dahlias and Zinnias. We got some rose cuttings and planted them too.

What was surprising was the strength of the soil. It was the richest soil that I had ever seen. The soil although appearing dusty and lifeless was full of fertility. The plants would shoot up and in front of our unbelieving eyes would grow fast and start flowering in no time at all.

In one instance I plucked out fully grown marigolds and replanted them in the path way. Padma was howling her protest “they are mature plants, they would die”. To our ever-lasting astonishment they not only survived but thrived and flowered profusely.
The thrown away dried marigolds seeds resulted in literally millions of small plants. It was heart breaking plucking and throwing them away as weeds! Contrast that with what happens in India. Even a humble plant like the marigold has to be bought and it would cost at least 50-60 rupees a plant.

We had bought sun flower seeds in the market and Padma planted them. We were eagerly waiting to see if the sunflower plants would come out! Seeing sun flowers in our own garden would be a treat in itself.
Posted by Dr. M. Anil Ramesh at 9:44 PM