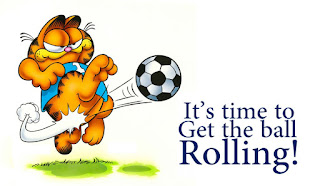 Ethiopian Graduate students come to the university from a very vigorous schooling system. Government Universities in Ethiopia can be compared with the Indian IITs and IIMs. The students come from all over Ethiopia and are allotted seats in different universities based on their merit score.

By the time I returned back to India, the federal Government came out with an innovative scheme where all the expenses were initially paid for by the government. But the students had to sign a document promising that they would serve the government or would work in the country for a period of four years. If any of the students break the bond they would have to repay all the expenses incurred along with interest. 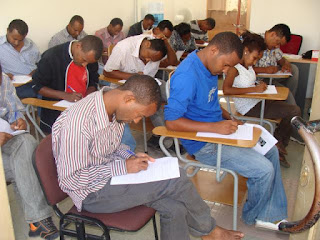 Students would come to the class with a single note book. Most Ethiopian students in my time would have very small and compact hand writing. I was initially puzzled but quickly understood the logic. They were conserving space! Many of my students could write one entire day’s class notes in a single page. So one note book of 200 pages would be enough to write notes for three subjects. So with two, 200 page note books they would manage to write down all the notes for the whole semester.

Most boys would wear jeans and T-shirts and on it would wear an unbuttoned shirt. The open shirt would double as a coat. Some would wear a stylish coat. Most girls would wear a western dress or a long coat.

Ethiopian students have some of the most startlingly big eyes in the world. And to go with those big eyes they had the most solemn expressions on their faces. They would simply stare, not smile, not acknowledge me and remain expression less. It was annoying and yes, it was very puzzling. The facts about Ethiopians in the book that my Brother-in-law, Sai Matam had gifted came flashing into my mind.

Ethiopians endured a very brutal Derg regime that suppressed all type of dissent. So any expression shown on the face would instantaneously mean punishment or even death during that regime. So an entire generation of Ethiopians had mastered the art of ‘dead pan expression’ on their faces. Once they trusted and liked a person, Ethiopians opened up and their faces would explode into a mosaic of expressions.

They would listen solemnly and when I made eye contact, would give a shy smile and drop their eyes. Most would not ask questions as English was not the medium of instruction till graduation and they would speak English very haltingly. They would get confused between I and you and would inter change the usage. For example one of my students asked me “Mr. Anil (they would address the faculty by name) who teaches your children at home?” I replied “my wife”, “my wife!?” he asked, I got little perturbed but said “not your wife, MY WIFE”. Seeing his puzzled expression, I simply left the issue. Some things are better as they are!

If I asked a question for which they have to give an answer in affirmative, the students would emit a soft guttural sound “ah”. Initially I thought that the entire class was grunting. Even after four years I found the Ethiopian way of saying yes, charming, puzzling and yes a little disconcerting!

I remember my first class of “Sales Management”. I wore a very formal dress and a matching tie. I was sure the students were very impressed by my persona. I cleared my voice and said ‘Good morning students” in my best voice “Let us get the ball rolling”.

There was a pin drop silence in the class! I could hear the leaves rustling from outside the classroom. The students initially looked confused but later a knowing smile came on many students’ faces. They started looking around. Then it struck me. ‘Oh my, my”, I said to myself. Not knowing the idiom “let us get the ball rolling” meant ‘let us get started or let’s start’, my Ethiopian students have thought that this strange Indian teacher was a football lover and wanted to have a game of football in the class room itself.
Posted by Dr. M. Anil Ramesh at 10:47 PM