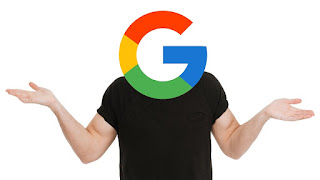 Terms like ‘The only constant in this world is change’ and “where are we?” “Oh at the beginning” “Where is the beginning?” “At the start” might be very good opening statements in India but would fox and bemuse Ethiopians who would take things literally.

Idioms like “steps to be undertaken to solve the problem, Paradigm shift, trying to pound square pegs in round holes’” would confuse them. I learnt to use simple language and be as graphical and pictorial as possible. I would give them both Indian and Ethiopian examples which were highly appreciated.

Whatever I said, I would write the same on the board. Most of the class rooms had two boards and I would totally fill up the entire two boards and would not erase them. This was an advice from an Ethiopian colleague. The matter on the board would be copied by many other students including many who were not even remotely connected with management education. That was the hunger for information and knowledge that the Ethiopian students had in 2002.

Back then, Google was still a new medium and not many students have heard the word!  I am told by Dr. Elefachew Mossisa that I took the entire class of B.A in Accounting to the computer laboratory and told them in a stern voice to open the internet browser and type in the word ‘Google’. He told me in an awestruck voice that it was his first experience with Google and it is still etched in his memory. I had unwittingly introduced the magical world of Google to an entire batch of accounting students!

My very neat, crisp and clear handwriting was highly appreciated. Indian teachers were very much liked by the Ethiopian students as most of them had no accent at all and were easily understandable. But the same can’t be said about the accent of the Ethiopian students. Their English was very difficult to understand and they would pronounce ‘Fifteen’ as ‘fifty’. This led to lots of confusion. 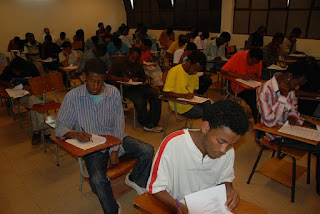 Once I grandly announced “you will have an exam tomorrow at 8.00 a.m”. There were groans and slightly loud ‘Ahs’ but I thought that they got the message. The next day I gulped my breakfast, rushed to the department, got my exam papers and went to the exam hall. There was NOBODY there, except a very forlorn looking puppy, which was horrified as I ushered it away from the class room.

I waited for half an hour and went to Ms. Addis Gedefaw in a huff. I was irritated. I reported the exam boycott to Addis. Addis was frankly exasperated and said, “Anil, get used to our timings, you said 8.00 a.m and the students have understood it as 8.00 a.m, Ethiopian Time” (which is 2 p.m. according to European Time). I was flabbergasted.

Dr. Neelima Ramakuru from the Physics department had sent an e-mail to her husband. Sending an E-mail was a minor coup in BDU at that time. E-Mails would take upto to 10-15 minutes to get transmitted. As she was heaving a sign of relief, her husband shot a reply “What are you doing in the university at mid night (1200 p.m.)” Dr. Neelima was totally nonplussed. Then it struck her. Her husband would have got an e-mail with the time stamp as 1200 hours and immediately assumed that it was 1200 in the night. Actually it was only 6 p.m. in the evening and there was light everywhere, including the University.

Working hours at Bahirdar University were a breeze. Most Indians would be allotted a load of two subjects per semester and they would be given subjects which could not be taught by the local Ethiopian teachers. Once a class was taken the faculty was free to go. So it was up to the faculty to stay in the campus or go home. As Indians had been accustomed to staying on the campus for eight hours most of them preferred to stay in the campus and work on the internet that was maddeningly slow!
Posted by Dr. M. Anil Ramesh at 11:09 PM