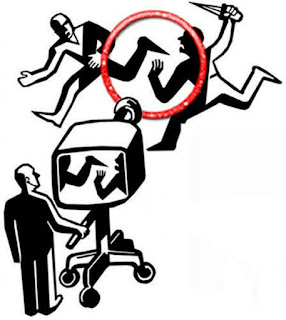 Ramblings of a Restless Mind!

The biggest joke going around is, 'Social Media'. It is totally uncontrolled, un-monitored, and easily manipulated.

Most of us pride ourselves on being smart, articulate, and freedom-minded. We think that we are practical and impartial.

Sadly we are being manipulated and our thought processes are being shaped by an army of so-called social media experts.

These paid mercenaries deliberately post and bombard all the social media vehicles with their own version of the story (popularly called spin in marketing, media, and in PR).

We all laugh our hearts out at Snow Tatha, snow Anna and Snow Akka trolls. Yes, Manchu Lakshmi was a target of trollers but the Troll Tsunami started after Manchu Vishnu won the MAA elections.

Are the trolls the handiwork of disgruntled another panel that had the blessings of an industry Pedda (big man)? Your guess is as good as mine.

The sudden interest in the movie 'Kashmir Files' could also be the handiwork of a party trying to win favour with one section of society while demonizing the other.

Till recently Chinna Jeeyar Swamy was the darling of the media. The minute he fell out of favour with the TRS, the trollers started their handiwork.

Don't believe in social media blindly. It is a medium after all and it can be manipulative. Maybe we need a Caveat: Take everything on social media with a pinch nay with a kilo of salt.