Suspense is everything - bengali novel 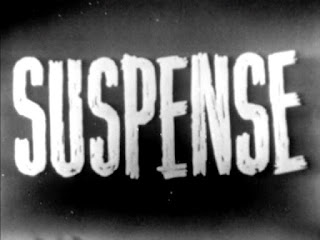 I was the head of the department for marketing in a famous B-school at Secunderabad, Andhra Pradesh. One day our course coordinator hauled up a sheepish looking young man to my office. The complaint was that the young man was reading a 'Bengali novel' in the class.

This stumped us as both I and my course coordinator did not know a word in Bengali. We summoned a Bengali girl and asked me as what this novel was all about. The Bengali girl turned ashen. She shyly responded saying that it was a romantic thriller. It was apparent from her body language that the novel was clearly what in India is classified as a masala novel. Full of action of all sorts and a farfetched story. But what the heck people love pulp fiction.

I admonished the young man and told him that I needed his father's mobile number. This really shook the boy. He pleaded with me and said any punishment is okay as long as it was not telling his father. On enquiry it was found that the young man was very scared of his father. He was of the opinion that his father would beat him up if he knew that he was reading pulp fiction.

Warning the student not to repeat the same I locked the novel in my cupboard.

The young man turned up at my office after three days. In his hand was a slip of paper. The paper had the mobile number his father. I asked him why he was giving his father's number now. The boy replied "sir, please call him, he would scold me and when I return home may be I will get more scolding and even get slapped. But I need to have that novel back”.

Puzzled to the core I asked him" What is so great in that novel that you want to have it in spite of the fact that the same would be told to your father and you might get a whipping of your life".

The boy replied “oh sir, that will happen when I return to Calcutta. The suspense in the novel is killing me. I need to know who committed the murder (in the novel). Also this particular novel is gifted by my girlfriend. So I hold it dear to my heart".

The reply shocked me to the core. I somehow drove the young man out of my office (without giving him the novel). Oh yes the boy did collect his novel the day he finally left for his home town after finishing his course.