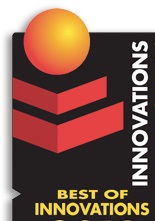 6) Retargeting: Browsing the internet, many browers do feel that the advertisements for a particular company or brand keep following them from site to site. For marketers, retargeting provides a more intelligent way to run display advertising for prospects they might otherwise miss once the potential buyer moves away from their website.

7) Location Based Marketing: Local search, mobile device adoption, QR codes, online commerce all helps lead marketers to the concept of location based marketing. The integration of GPS allows for the accurate detection of a specific location, and mobile computers allow interactive media to be linked, for users to access data.


The small business is getting invested in location based media. According to Google, 20% of all searches are related to location.

8) Video: Technology innovation has made the internet more accessible and faster for the end user. 68 percent of households have broadband in the United States. “Broadband penetration” is now treated as a key economic indicator.

High speed internet has made video more accessible to the masses. According to comScore, in December 2010, 178 million people watched 33.2 billion videos, with the average viewer watching 187 videos per month in the U.S. In August 2010.

9) User Generated Content: The ability for the user base to create the content that drives website presence has taken off with the emergence of social media. Entering mainstream usage in 2005, almost every major site online has some form of user generated content (UGC) function in today’s marketplace, even if it is only a component of the organizations online presence. The ability to enable user generated content is the foundation for sites like YouTube, Facebook, and Twitter to become so successful.

10) Mobile Device Technology: The evolution of mobile device technology completely changed marketing scenario. The adoption of smart phones, tablet computers, and other mobile devices will continue to grow. Already in India there are more than 650 million cell phones and that is a penetration of nearly 65% of the total population. India now has more cell phones than public toilets.

Mobile device adoption must become a priority in B2C and B2B marketing strategy. We are in the cusp of a complete shift in how people will consume information.
Posted by Dr. M. Anil Ramesh at 3:39 PM