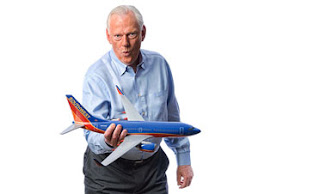 In September 1993 Southwest Airlines decided to have flights from the new Baltimore centre to Cleveland. Five weeks prior to the first flight Gerb Kelleher, CEO Southwest and the governor of the State of Maryland declared opening of branch of the company in Baltimore, and Kelleher has handed to the governor special "wonder-working remedy" from high prices for inhabitants of Baltimore.
When the company has made decision to establish a route at a rate of 49 dollars, it organized a free trip for 49 schoolboys in a Cleveland zoo. Then to all who are in Baltimore who go often on short distances, the company has dispatched special messages, suggesting them to take advantage of the program of discounts that Southwest offered. 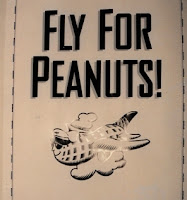 Southwest also distributed brochures along with a peanut in streets, offering low rates "only for a peanut". This was followed by a series of advertisements on TV and in a press. Such combination of public relations, direct mail circulations, advertising of the prices and conditions of fulfillment of flights in press and Television had led to record quantity of advanced orders - 90 thousand passengers had purchased tickets even prior to the beginning of flights.
Herb Kelleher had this fun loving persona that fitted to the bill his role of the CEO of the head of the “most entertaining airline of the world”.  His funny yet radical tactics have helped the airline tide over turbulent times and controversies. 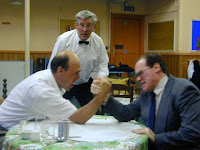 One such incident was his arm-wrestling showdown with the CEO of Stevens Aviation in 1992. Both Stevens and Southwest were using the advertising tagline "Plane Smart." To settle the matter, Kelleher suggested an arm - wrestling competition with the winner keeping the rights to the slogan. Kelleher lost the match, but the event generated so much good will and publicity that Stevens let Southwest continue use of the tagline.
Herb Kelleher studied California-based Pacific Southwest Airlines extensively and used many of the airline’s ideas to form the corporate culture at Southwest, and even on early flights used the same "Long Legs and Short Nights" theme for stewardesses on board typical Southwest Airlines flights.
The original flight attendants that worked for Southwest Airlines were chosen by a committee of individuals that included the same person who had selected hostess for Hugh Hefner’s Playboy jet.
The selection resulted in a group of female flight attendants that were described as long-legged dancers, majorettes, and cheerleaders with "unique personalities". Southwest Airlines and Herb Kelleher proceeded to dress these individuals in hot pants and go-go boots.
Herb Kelleher’s enormous success with Southwest proves the point that to be innovative the CEO or the entrepreneur needs to have that fun, zanky and devil may care attitude. This attitude will take the company to make profits even on the downturn. Southwest has been a consistent performers been on the times of recession. Post 9/11 when most airlines companies were bleeding Southwest did well. This was due to the excellent relationship that Southwest had with their customers.
Posted by Dr. M. Anil Ramesh at 1:31 PM