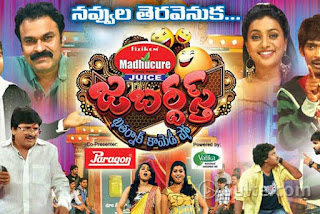 Telugus throughout the world always loved comedy. Comedy is close to our hearts, and it is not a surprise that mimicry, parody and slapstick is part and parcel of our life. No movie could be made without a decent comedy track. Many comedy stars’ have flourished and have found stardom that would be the envy of many mainstream heroes and heroines. Actors like Relangi and Brahmanandam have straddled generation and have won space in the hearts of crores of Telugus.

Jabardasth the Comedy show had a humble beginning on 7th February 2013. No one at that time thought the heights that the show would scale in the years to come. Jabardast the ultimate comedy show is a copy of the Hindi entertainment show “Comedy Circus”. The hosts in that show were Archana Puran Singh and Sohail Khan (Salman Khan’s younger brother). 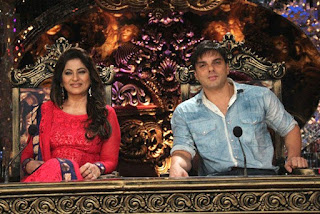 Copy cats they were, Mallamala productions were faithful to copy to the final dot. They picked up Roja, the actress for her obvious glamour quotient as the first judge. They picked up the younger brother of megastar Chiranjeevi, Nagababu as the second judge. The similarity was stark; Chiranjeevi in Telugu was what Salman Khan was, in Hindi. If it is Sohail Khan in Hindi, then it had to be Nagababu in Telugu. Jabardast proved the saying “imitation is the best form of flattery” to the last full stop! 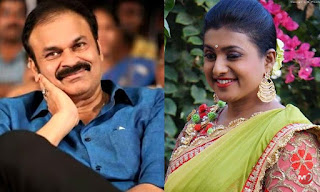 Very strangely except Archana Puran Singh (who at least had a very hearty laugh), all the others were not adept at comedy. Roja is known for her charming smile and was a firebrand political activist and a member of a political party. Sohail Khan at best acted in some very forgettable movies. Nagababu appeared in many films but was not an accomplished actor. Comedy was never his forte. But being a younger brother of a famous movie actor helps. 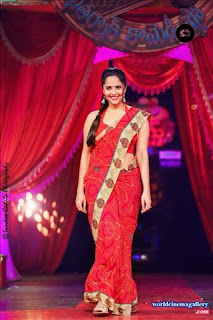 Jabardasth started and hit the proverbial bull's eye. The ever vivacious and bubbly nature of the host Anasuya Bharadwaj made the show get even more eyeballs. The show became popular, and the first controversy hit it hard – the content.

There was criticism that the show was vulgar, encouraged regressive thinking, ill-treated women and that it had many men playing lady roles. Men playing lady roles was initially frowned upon. It was an obvious inspiration (in India a self-consoling term that  justifies  blatant copying) from the “Comedy show with Kapil” which also had the same concept. Men played lady roles. 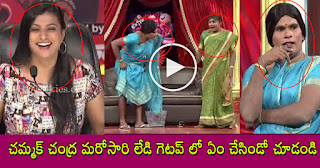 Awkward as it was, somehow the absurd way the lady roles played by men found acceptance both at a national level and at the regional level with Jabardasth. Discomfort remained, and viewers squirmed in their chairs when actors like Chammak Chandra hitched his saree up almost to his thighs and uttered double entendres (double meaning dialogues).

The degradation and playing comedy to below the belt was taking deep roots and well on its way on becoming mainstream. The show was giving a rude burial to the subtle comedy that Jandhyala championed. Despite objections and discomfort that many viewers felt, the show started climbing the charts. It established itself as the most popular Telugu comedy show.