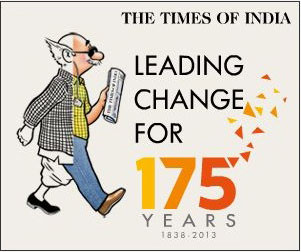 “Who is the old lady of Boribunder?” This has been one of my favorite quiz questions. The answer which most people fail to give is – It is the “Times of India”. TOI as it is popularly called is celebrating its 175 years of existence as a brand. 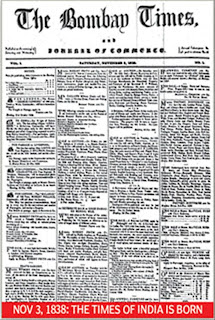 In a era where brands come and go it is very hearty to see a brand that too from the media celebrating 175 years. Times of India was launched as The Bombay Times and Journal of Commerce in 1838.
It was the same year in which Queen Victoria — later proclaimed Empress of India — was formally crowned, and Bankim Chandra Chatterjee, who’s "Vande Mataram" became the rallying cry for freedom from the Raj, was born.


TOI has grown from a single edition of a few thousand copies to some 50 editions with a circulation of close to five million — the largest in the world for any English newspaper. This speaks of TOI’s ability to judge and adapt to the ever-changing mood of the chaotic, contradictory and creative country, India.

Which big brand in India (and how many globally) can claim to have been around 175 years ago and grown the way the same way as The Times of India? The secret, TOI claims lies in being contemporary and relevant.  The "Old Lady of Boribunder" remains young at heart, nimble on her feet, and razor-sharp. 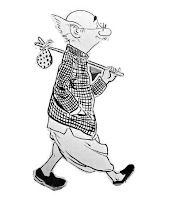 One another brand that has become popular the same way as TOI has been the common man Cartoon drawn by R. K. Laxman the brother of the world famous R. K. Narayanan in the Times of India. The common man of TOI started by Laxman has become a cultural icon and in many ways represents the travails and the problems faced by the real common man of India.
Posted by Dr. M. Anil Ramesh at 12:46 PM