Many of us wonder if great inventions are just spur of the moment happenings. Or are they planned. Can creativity and brilliance be taught in a class room. The examination of some of the successful products developed by 3M answers these questions.
3 M has a concept called the 85-15. 85 percent of the time the employee has to do the work that is assigned to him and the other 15 percent he can do anything that fancies him. Many of the employees of 3 M are amateur scientists and they experiment with their ideas in the laboratories., Also most of the products that become successful at 3 M are accidental discoveries. But 3 M should be appreciated that they gave rope and encouragement for accidental discoveries and apparent failures. Failures as a product satisfying one particular need but stupendously successful in solving some other customer need. Brilliance is 10% intelligence and 90% diligence. 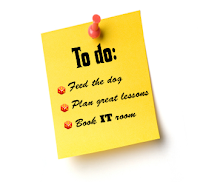 Post-it® Notes:They are the great little self-stick notes.  Most people have Post-it® Notes.   Most people use them.  Most people love them.
But Post-it® Notes were not a planned product.  A man named Spencer Silver was working in the 3M research laboratories in 1970 trying to find a strong adhesive.  Silver developed a new adhesive, but it was even weaker than what 3M already manufactured.  It stuck to objects, but could easily be lifted off.   It was super weak instead of super strong.
No one knew what to do with the stuff, but Silver didn't discard it.  Then one Sunday four years later, another 3M scientist named Arthur Fry was singing in the church's choir.  He used markers to keep his place in the hymnal, but they kept falling out of the book.  Remembering Silver's adhesive, Fry used some to coat his markers.  Success!  With the weak adhesive, the markers stayed in place, yet lifted off without damaging the pages. The beauty of this products is one can stick these notes on any surface and once the sticker is taken off the surface is not damaged. 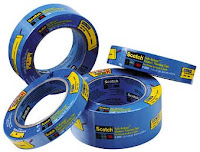 Masking tape: One afternoon, an engineer of 3M Drew wanted to test a new batch of sandpaper, so he visited an auto body shop in St. Paul, Minn. When he entered the shop, he heard a group of workers cursing vehemently. He asked about the problem. Two-tone cars were popular then, but the effect required workers to mask certain parts of the auto body using a combination of heavy adhesive tape and butcher paper. After the paint dried, workers removed the tape – and often peeled away part of the new paint.
Their labor was undone, and costs mounted for the customer. Drew watched as the workers began to touch up the flawed paint. Drew realized that what the customer really needed was a tape with less aggressive adhesive. Drew also realized that 3M already had several of the elements of tape making at its disposal. Sandpaper required a backing, an adhesive and an abrasive mineral. Hold the mineral and you have an adhesive tape.
Drew took his idea back to the lab. He began a long and frustrating quest for the right combination of materials to create what would become the world’s first tape specifically designed for masking.

Scotch Tape: Drew the American inventor was pursuing his research, he spoke with a fellow 3M researcher who was considering packaging 3M masking tape rolls in cellophane, a new moisture-proof wrap created by DuPont. Why, Drew wondered, couldn't cellophane be coated with adhesive and used as a sealing tape for insulation purpose?
Cellophane could indeed work as a backing for pressure-sensitive tape. But it was difficult to apply adhesive evenly upon it. Also, cellophane split easily in the process of machine coating. But for each such challenge, Drew found an answer. He discovered that if a primer coat was applied to cellophane, the adhesive would coat evenly. As for splitting, special machinery solved that problem. Finally, Drew developed virtually colorless adhesives to improve the aesthetics of the tape.
Scotch cellophane tapes went on to become one of the most famous and widely used products in 3M history. Commercial enterprises used it for packaging. Farmers found it handy for patching cracked turkey eggs Homeowners used it to repair toys and torn book pages. New uses continue to be discovered – and product sales continue to grow.

Scotchgard™: Patsy Sherman a young chemical researcher was assigned to work on a project to develop a rubber material that would resist deterioration from jet aircraft fuels. In 1953, an assistant in Sherman's lab spilled some drops of an experimental compound on her new tennis shoes. The assistant was merely annoyed by her inability to clean off the drops – soap, alcohol and other solvents were of no avail.
But Sherman was fascinated by the amazing resiliency of the experimental compound. With the help of fellow 3M chemist Sam Smith, Sherman began to conceive of an idea that seemed unthinkable at the time – the development of a fluorochemical polymer that could actually repel oil and water from fabrics.
In 1956, Scotchgard™ Protector was launched in the marketplace. The unarticulated need of customers for a versatile fabric and material protector had been articulated – and satisfied – at last. The broad line of successful Scotchgard™ brand products was under way.
Quite literally, the discovery of the Scotchgard protector stemmed from an accident. This led many to observe that 3M had a seeming knack of stumbling onto new products. But as 3M executive Richard P. Carlton wryly and wisely observed, "You can't stumble if you're not in motion."
Through all her success, Sherman has retained her appreciation for the role of the unexpected in innovation. "How many great discoveries," she once asked, "would never have occurred were it not for accidents?"
Posted by Dr. M. Anil Ramesh at 7:30 PM