Once a thief always a thief - a touching short story 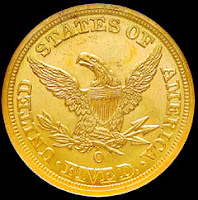 Keeping to the topic of best stories let us look at a story “Once a thief always a thief”. This story was recited to me by my father. It is a story of a very wealthy man David who was shopping in the market. He was very  excited as the next day was his daughter’s 5th birthday. He was overjoyed.
Suddenly a voice hailed him. He turned around and was stunned to see his child hood friend Samuel. There was a lump in his throat. It was not a happy sight as his friend was a criminal par excellence. He was crème de la crème. He was so cunning that everyone knew him as a criminal but he went scot free as there was no proof of any wrong doing.
Samuel was very excited “My friends, long time no see. What are you doing here?” “Shopping” was the sullen answer. “That is very interesting; you have lots of birthday material with you. Any one celebrating a birthday in your house?”
“My daughter’s birthday” was the cautious response from David.
“How very exciting, are you not going to call me?’ enquired Samuel
If you want to come, you can”
Thumping his friend on his back Samuel replied “you bet I will”.
David returned home. He was worried. He had called many of his influential friends. He did not want Samuel to come and spoil the party for very one. The next day was a day to remember. It was a most festive party the city had witnessed in years. The party was in full swing and suddenly a collective gasp went up in the audience.
Walking nonchalantly and without a care in the world was Samuel the con man. He hailed David and sat next to him. He made a light conversation and was ignoring the dirty and curious looks that the others were giving him.
The party was progressing when David’s daughter suddenly appeared “look DAD” She exclaimed “mummy gave me the only gold coin in the world that is very unique. It has three faces instead of the usual two. Mummy told me that it is the only such coin in the world. She told me it was invaluable”. This stirred up the entire crowd. There were “let me have a look” requests everywhere. The coin started changing hands.
David’s daughter returned after some time “Dad where is my coin?”David looked around. The coin was nowhere to be found. A frantic search was futile. The coin was either lost or stolen. The needle of suspicion turned towards Samuel who was sagely munching his food.
“What a cheek!” everyone thought, “see his cool”, “he should be flogged” murmurs went round the crowd. Sensing the crowd turning violent, David made appeal. “Friends I don’t want this party to be spoiled. I have a proposal. As all the people here are gentlemen, let us prove ourselves by subjecting ourselves to a body search, so that we will be relieved of the burden of suspicion. Any objections?”
“Yes I do have an objections” piped in Samuel” You can’t insult me by subjecting me to a body search. I am a guest not a criminal”
The crowd was stunned. The party was thoroughly spoiled. All the guests took their leave with a heavy heart. Only David and Samuel were left. David was seething in anger. It was his aristocratic upbringing that stopped his from handing over Samuel to the cops.
The maids were cleaning the plates and suddenly they found the COIN. It was brought to the notice of David. David was surprised "friend, the COIN was found. Why is that you objected to the search? Why did you make yourself the object of such ridicule and scorn?”
Samuel slowly got up. He took out another coin from his pocket. It was the exact replica of the coin that was found "David your wife was wrong. There are TWO such coins in the world. One was with your wife’s family as a family heirloom and the others as with me. I came to the party to gift the second coin to your daughter. Here it is, take it. ONCE A THEIF, ALWAYS A THIEF” Saying thus he slowly walked out of life of David.
Posted by Dr. M. Anil Ramesh at 7:30 PM