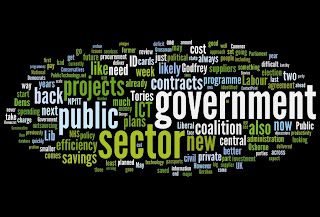 Public sector organizations were held as the instruments of industrial growth by India’s first Prime Minister Pandit Jawaharlal Nehru. But they were well known for their many peculiar ways of operating. Given below are some of the incidents that have happened in the public sector organizations. For obvious reasons the names of the concerned public sector organizations have not been revealed. The employees of the organizations will immediately recognize the organizations mentioned. The others can feel that these are fictional accounts of a highly imaginative mind.
1. Some of the public sector organization had been set up to cater in the markets which have limited or no virtually no markets. One management realized this hard truth and closed one of the units as it lacked volumes and markets share. The infrastructure was given off to an other department and machinery was sold off at scrap value. But what about the employees of that unit? Some were reassigned to other units and many other either resigned or opted for voluntary retirement.
But many more remained. This is where the incredible incident starts. They were allowed by the trade union to stay on. These employees used to come to the company sign in the register and then wander about. They did not have any work to do, used to sit in front of their colleagues. They had the free canteen food and were busily involved in politicking, gossiping and were active in match fixing (fixing of marriage alliances of their colleagues’ children). They were also very good at real estate business and earned a good name as good chit fund businessmen. Luckily all this happened nearly two and a half decades ago and most of these people have since retired. But my heart goes out for these souls who had to ensure all that boredom to earn a living.
2.   The next incident too is very startling. The public sector organizations dealt with products which were very secretive and had thousands of employees. To deal with the secrecy and with the thousands of employees the security of the public sector organizations was handed over to the CISF (Central industrial Security Force) a central government Para military force. This Para military force whose employees were drawn from all over India were quite oblivious of the levels and the hierarchies of most of the employees of the public sector organizations where they were posted.
This led to many peculiar problems. The managerial level employees were very casually dressed and most of their subordinates dressed nattily. This led to a perception among the managers that they were accorded  less importance than that was given to their subordinates. by the CISF. To address this perceived slight to their importance the managerial staff came out with a very bright idea.
The idea was to give uniforms to all the employees. After very long deliberations and a long process of tendering and agonizing discussions about colors, texture, quality and other issues the management decided on the cloth for the uniform. All this meant that lot of expenditure was incurred in the entire process.

The employees were given three pairs of uniforms and promptly the employees asked for and got a washing allowance. Six months later the union came out with another demand. Their union members were demanding a washing machine as they were finding it very difficult to wash and iron the uniforms. Finally the management had to accept demand and give the employees the washing machine albeit in installments.


To cut a long story short the uniform did not solve any problems. The Junior level employees were still dressing very nattily and the management cadre level employees were still feeling that they were not being treated with respect by the CISF personnel. The end result - the managerial cadres had the organization’s logo printed on the pocket of their shirt. Different color logos indicated different levels or cadres. The management cadre got their respect from the CISF personnel but the idea of uniforms which were supposed to make all the employees feel the concept of equality was lost out.