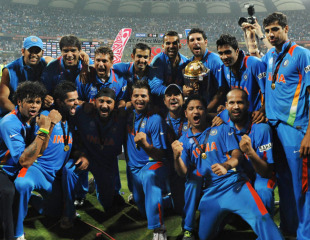 India wins the world cup. What a day and what a moment. I am in Delhi away from my family and it was a nerve wracking day. 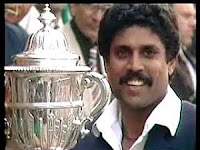 I vividly remember watching as a young man India winning the cricket world cup in 1983. It was a beautiful thing; me along with my parents and my sisters watching the totally unbelievable sight of the underdog India winning comprehensively against the world champion side of West Indies. And it was a black and white TV on which we watched the unbelievable finals at Lords, England.

After that it was a despair that repeated every four years. The heartbreak of the semifinals in 1987 where Kapil Dev threw it away against the English team. The same thing in 1991, and in 1996 it was a heart wrenching scene of Vinod Kambli walking way sobbing in the semifinals aganist the Sri Lankans at Eden Gardens, Kolkata. In 1999 the same thing.

Hope was revived in 2003 and I was in Ethiopia and it was very inspiring to see the Indians progress till the finals. We had planned to watch the finals and we were in a Ethiopian café but walked way the minute the first over got over against the Australians. The mauling of Zaheer Khan by the Australians was too much to bear. The ultimate insult was in 2007 when Bangladesh defeated India and India was bundled out of the world cup in the preliminary stage itself. The Pepsi slogan in 2007 was “come on India” and they promptly came back from the Caribbean islands from the preliminary stage itself. 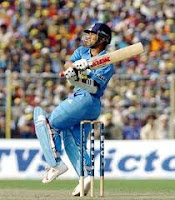 I am very happy for Sachin Tendulkar. It was the happiest thing in the world to see Sachin Tendulkar being called the world champion. The greatest player to play cricket ever, the player who has all the records in the world. But the only thing missing thing was the world cup and even that has been achieved. I sincerely hope that Sachin plays both test cricket and one day cricket for another four years and help India try to defend its title four years from now. Yes Sachin would be 42 by that time but for Sachin nothing is impossible. Sachin has already played six world cups and that is a mind blogging record. 1991, 1996, 1999, 2003,2007 and 2011. And why not 2015. Ye Dil Maange more (This heart screams for more). 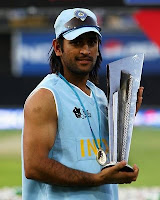 The other players played their part. The warrior of a captain Dhoni who came good when it mattered, in the finals, Gautum Gambhir who played that gem of an inning, Yuvraj Singh the impeccable all rounder. Even Virat Kohli who gave such solid support to Gambhir, all of them need to be appreciated and applauded. The great Zaheer Khan who wiped out his horrors of the 2003 world cup final. One’s heart goes out to Saurav Ganguly who gave the self confidence in Indian players to believe in themselves and in their talent. 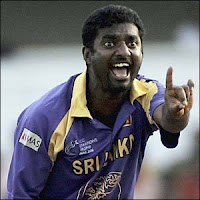 My heart also salutes the great Lankan team which was so humble in their defeat, Sangakkara who so candidly appreciated the fact that the Indian team was better. The great Muralidharan had to walk into the sunset without the ultimate send off. Murali you have 800 test wickets and have won one world cup. Let Sachin have one world cup too. Hats off to the cool cat Mahela who batted with so much élan and aplomb that it was jaw dropping to see him slice through the Indian attack just like a skilled surgeon.