Be a Multilingual - earn more! 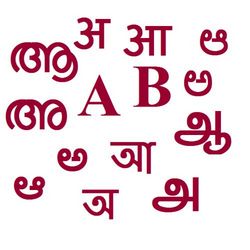 Telugu is the 2nd most spoken language in India and their skill set would have increased if they had working knowledge of the language.

So the count of languages that Ravi knows read, Telugu, Tamil, Kannada, Malayalam, Hindi, Marathi, Gujarati, Hindi and English. A jaw dropping 9 languages. It is amazing to see Ravi switch seamlessly from one language to another. Later Ravi was posted in Singapore. May be he picked up a smattering of Mandarin Chinese too. Way to go Ravi.


Being multi lingual broadens the mind and enhances skill   set  and makes one more employable. You can talk the language of your customer and immediately there is a connect and a bondage between you and your customer. Learn more languages and earn more.