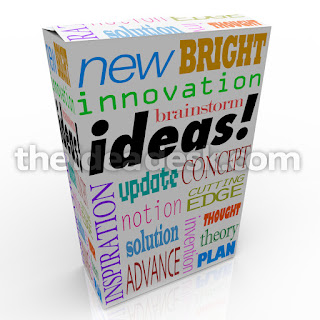 I had undergone a training Programme at TAPMI, Manipal, India. One of the marketing faculty told us about new product ideas that his student had come out with. The two most interesting product ideas were

The wake up pillow is actually an alarm clock. The alarm clock is set inside the pillow. It can’t be reached at all. In that sense it is sealed. The alarm can be set with a remote which has to be connected to an electrical switch. The alarm would go off at the designated time. The noise level would keep on increasing with every 3-5 minutes. Most people would get up by the racket that the pillow is generating.

For the brave hearts who won’t wake up the pillow would continuously start shaking after 10 minutes and after 15 minutes the pillow will admister very mild but irritating electric shocks to the still in the slumber land sleepers. The only way to stop this pillow would be to walk up to the electric switch (set at some distance away from the sleeper) and switch off the product. By this time the sleeper is wide awake.

Auto dip: Drivers on a national highway have to be very careful. Driving at night can be a big hazard especially in India where there are not many 8 lane or even 4 lane roads. The roads have no divider between traffic going in two different directions. Many of the roads have two lanes with no dividers.

The vehicles coming from two different directions would blind each other with their bright focus lights. So it is an courtesy for one of the drivers to dip his head lights. This would make the other driver to see the dipped vehicle in low light. The driver would be able to gauge the size of the vehicle, its speed and also the caution he needs to take so that both of them can pass each other safely. The second driver would do the same (dip his head light) so that the first driver could see the second vehicle.

But in India it is very common to see that vehicle owners do not dip their head lights leading to blinding flashes of bright light. This leads to many fatal accidents.

The students of TAPMI came out with an very interesting product. They came out with a microprocessor controlled product that can be fitted into the headlight of a vehicle. The same product has to be fitted into all the vehicles that ply on the roads. When two vehicles that are fitted with this product came in contact (distance of 100 meters) one of the headlights would dip automatically (without the drivers intervention) for three seconds and would become normal again. The headlight of the second vehicle would dip automatically once the first headlight becomes bright. This would happen automatically.

What took my breath away was the simplicity of both the ideas. It once again proved that simple things are very difficult to achieve.