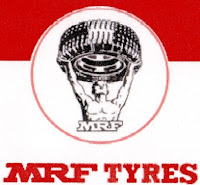 MRF - Hit the Board: This concept was copied from Australia. The idea is that the ball should hit the board kept at the boundary line. There was a prize for any batsman who could hit the board. Adequate publicity was given to the scheme and it did garner lot of publicity for the company MRF. Also the television cameras focused on the board that got hit and the logo of the company too got focused.

Kitply Super sixers: At the end of the inning the viewers where treated to the sixers that were hit. The breath taking sixers were sponsored by Kitply the company that stood for super sticking. Super Sixers – Super stickers. Of course it rhymes. But I think that Kitply missed the bus. The association is not clear. Kitply should have stuck to safe hands (that is super catches that stuck to the hands of the fielders). They went for the rhyming rather for the association. Kitply would have considered the literacy levels of the Indians and considered that sticking (no pun intended) to super stickers was safe than sponsoring the catches. 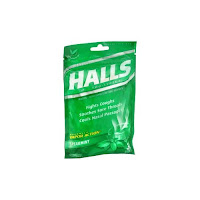 Halls - Appeals: Cricket is one game where the bowler and fielders can appeal for a decision in their favor. And the appeal has to be loud and vociferous. The vociferous and very vocal appeals on the field can leave the bowlers and the fielders with a dry throat. Thus it is not surprising that the appeals are sponsored by Halls the brand from Cadbury India. The best model for Halls cricket appeals?

None another than Shaun Pollack the ex-captain of South Africa. Shaun Pollack unarguably is the best appealer in the cricket world.

Colgate – Talk to me: One campaign that caught the attention was the Colgate Talk to me. As soon as any one talks - Talk to me appears on the Television screen. The talkers can be the umpires, the fielders, the batsman any one bit the plug was unmistakable. If anyone talks on the cricket field we were immediately reminded of Colgate the king of good teeth and fresh breath.
Posted by Dr. M. Anil Ramesh at 1:42 PM