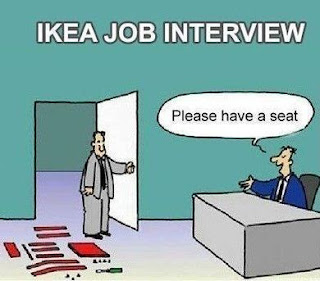 Two months passed and nothing happened. And then there was communication from Global Placements, I was called for the Interview. Unfortunately Dr.Vidyanath was not called. But being a good sport that he was, he wished me good luck.

I went to the hotel where the interviews were being conducted. I was called into the interview room. I was being interviewed for a University called Bahirdar University. Inside the room there were two Ethiopians and one Indian Professor (later I came to know that the Indian Professor was from OU College of Commerce and Business Management, Osmania university).

One of the Ethiopians welcomed me with a huge smile “Hello Dr. Aneel Ramis” he intoned. I recoiled “Sir, there is a mistake, I am not a PhD. I am still doing my research and have not even submitted my thesis”. The Vice President’s (equivalent to our Vice Chancellor) Eye brows shot up and knotted. He was worried. He took an application and showed it to me. “It says PhD here”. I took my own application and then I realized what had happened.

I had mentioned in my resume as “Pre PhD qualified”. Pre PhD is an exam which is like a qualifying examination that is important for the researcher to move forward to advanced research and for thesis submission. Pre PhD has two papers, research methodology and broad scope (the area of research). One needs to clear both the papers of the Pre PhD examination to progress into the next level of research. Apparently an employee of the ministry of Education, The federal government of Ethiopia thought I was a Doctorate and kept my application in the file that has only PhD candidates.

I explained the entire issue to the VP, Bahirdar University (BDU) and said “sorry for the mistake sir, and very glad to meet you. I will take leave now”. The VP of BDU was struggling with his emotions “Oh yes, oh Yes, we are supposed to only interview candidates with PhD qualification. But you are here and it was our mistake not to notice that you are not a PhD”. He added “anyhow, as you have come, we will do the interview”.

The interview went off in a breeze. The interview was conducted in a very friendly fashion. They seem to be impressed. They told me what the University would pay. The pay sounded adequate if not lavish. I nodded my head. The VP was telling me about the facilities provided in the contract “Your contract would be for two years. You would get free air tickets from Mumbai for you, your spouse and two of your children till they attain the age of eighteen. You would be given free accommodation”.

He added “So you just have to pay for your living expenses like food, groceries and electricity. You would be given all amenities like refrigerator, electric oven, beds, sofa sets and you simply have to come to Ethiopia with your clothes. Everything else is provided. Most items are very cheap in Ethiopia and your salary is totally repatriable (one can send back as much money back to India as they wish). Ethiopia is a very safe country. Indians are loved as most of them come to Ethiopia as teachers. I for example had a mathematics teacher and he was a great ”.

His eyes turned nostalgic, he was returning to his school days. He came back to the present with a shrug of his shoulders “There are possibilities of doing research, consultancy  and there could be chances of getting paid extra for taking extension classes” He explained to me that extension classes are classes  that are held in the evening and on Saturday and Sunday for working people. There are like our distance or part time courses.

Everything sounded nice. I piped in “sir, what about air conditioning, would the University provide air conditioners too”. The VP guffawed “Don’t worry sir, the entire country is air conditioned. Trust me, you will never use air-conditioners. Not even ceiling fans are needed. You will wish some times that you are back in Hyderabad, which is so warm and sunny”. I didn’t get what he meant, but let it go. Dilli bahut door hai – meaning that nothing is final – as yet. The interview got over. I thanked the panel for their valuable time and left.