Foerign Teaching Assignment - To go or Not to go - Ethiopian Journey - Blog Post - 5. 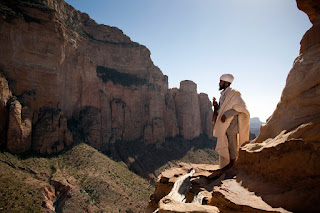 Two years slipped off and before we knew, 2002 set in. Promotions in CBIT were a long drawn process as it had huge faculty strength and out of turn promotions were unheard of. One needs to be patient and if all the stars in the celestial world line up in our favour, one might get a promotion! There are cases of faculty who joined as Assistant Professors and have retired as Senior Grade Associate Professors! That is one promotion in over 30 years of service!

We at School of Management Studies (SMS) were facing the same dilemma. SMS had many young Assistant Professors and I was the 3rd senior most among them. At the head of the pile was Dr. M. Kasi Reddy a CBIT veteran, who joined in the year 1984 and was the senior most among us. Next in line was Dr.Vidyanath and he too was a worthy candidate for an Associate Professor promotion.

There was excitement in the air. The Press notification for promotions was out. Dr.M.Kasi Reddy and Dr.Vidyanath applied. Dr.P.Narayana Reddy asked me to apply. I was reluctant as I did not have a PhD degree at that time. He advised me to apply as I had ten years industrial experience and told me that it might be considered.

As I was not expecting anything I took the issue on its own merit. It was water off a duck’s back. It did not matter. But somehow Dr.Vidyanath was deeply hurt. He felt that at least he merited counseling by the management as to why his candidature was rejected. But alas, it was not forth coming. 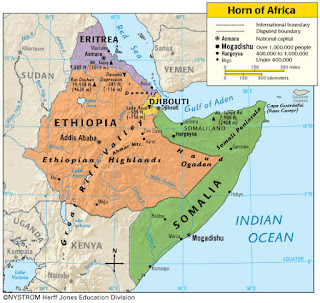 Dr.Vidyanath started applying to reputed institutes, universities and for foreign assignments. I was not very interested but as our rooms were adjacent to each other, Dr.Vidyanath told me where he was applying and I always gave him a patient hearing.

CBIT was very far away from the city and our life line was the CBIT staff bus. The staff bus left the campus at 1610 and would drop me at Banjara Hills by around 1700 hours. Sometimes I used to thumb a ride with Dr.Vidyanath who had a LML Vespa scooter. It was great fun riding pillion with Dr.Vidyanath.

On that fateful day which was incidentally my birthday (23rd April) I tagged along with Dr.Vidyanath.  Dr.Vidyanath drove down to a placement agency, Global Placements at Somajiguda, Raj Bhavan Road. The place was buzzing with activity. Many aspirants were queuing up. I was told that it was the last day to apply for faculty positions at government universities in Ethiopia.

I sat in a sofa and waited for Dr.Vidyanath to finish his process of applying.  I grabbed the attention of the CEO of Global Placements who was watching me from his glass paned office. May be I was the only guy looked bored and not very interested!  He called me in “young man, what are you doing?” “Nothing, I was waiting for my friend to finish off the application process”.

I think the confidence in my voice shook him. He shot back “are you not interested in a foreign assignment?” “why not, but I have no idea about Ethiopia’ was the casual answer. The owner was at his wits end, he was exasperated “Young man, Ethiopia is a great place to go and work. The applications are being sought for faculty positions in Government Universities. These are new universities and they want the best faculty available. These positions are sponsored by a fund created by UN Development Project specially created to uplift educational standards in the horn of Africa. Foreign teaching experience is highly coveted and adds lot of weight to the resume. Why don’t you apply?” “I don’t have a bio-data ready” “I suppose you can go and get it by 1700 hours, if it is not a big bother” He was getting tired of me and getting sarcastic too.

At this point of time I let it go, he was getting touchy. I went back to my residence in  Banjara hills rustled up my resume and got out one of my photographs, dusted it, pasted it on the resume attached the requisite certificates,  went back to Global Placements and submitted my application. I had fresh memory of applying and not getting called for an interview (what happened at CBIT!).  No Big deal.
Posted by Dr. M. Anil Ramesh at 5:50 PM