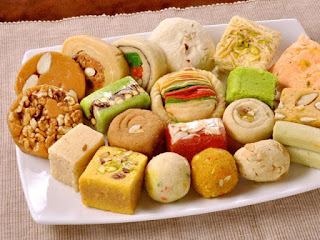 Ethiopia is one of the few countries in the world that does not consume sweets. Coming from a civilization that celebrates everything with sweets, that comes as a great shock. In India everything starts with sweets and ends with sweets, there are terms that have sweets in build; ‘you are such a sweet person, he has a sweet tooth, Mu Meeta karo (have a sweet), sweet nothings, your son is nice like a laddu (nice and round, like the Indian sweet), as sweet as a pie, sweet memories’. Cakes and pastries are the only sweets that we could get to eat in Ethiopia. Rest was all fruits and fruit juices.

Ethiopia had great relations with Erstwhile USSR (now Russia) during the Dreg Regime. Many Infrastructure projects were built by the Soviets. POLY and PEDA too were built by them. There are remnants of that Soviet influence still lingering on. Our management faculty room had very strange electric switches. The on and off positions are exactly in the reverse direction. Our OFF position is ON for the Soviets and vice versa. Initially it was quite confusing.

Ethiopians frankly considered sweet loving Soviets as sissies. They could not comprehend anyone having anything that is similar to eating raw sugar. Even my colleagues when offered traditional Indian sweets would take a little bite and then exclaim “oh it is just like sugar”.

But just like any other new thing, even eating sweets too can become an acquired taste. Most maids who worked in Indian teachers’ houses became very fond of sweets. Ehteh Maskaram who worked in our house had become very fond of Bobbattu (an Indian jaggery filled delicacy that is made on special occasions, like telugu new year).

There are other things that the soviets taught the Ethiopians. One of them was love for table tennis. Played indoors, in Ethiopia it metamorphosed into a rustic outdoor sport. It was quite common to see very rustic and crude tables laid out in the open and children enjoying themselves.

Being a good table tennis player myself, I played this form of rustic open road side table tennis many times and came out second best in some occasions. The sight of an Indian playing table tennis in full gusto would attract many bystanders and cause small traffic jams. Obviously the crowd would support their own local boys and getting booed and jeered was par for the course.

That evening Dr. Naidu came to the hotel. He said “Sir, shall we go to New York”. I was quite excited! “But sir” I said “we just landed in Ethiopia. I am not very sure if the ministry would give permission. What if they ask us pay for the travel expenses and also ask for three month’s pay? I want to come but I don’t think it is possible at this point of time” The practicality of the situation kicked in.

Dr. Naidu was puzzled. He gave out a huge guffaw “oh Sir” he said rocking himself front and forth “I am not taking about real New York. I am referring to New York, the most modern and trendy super market in Bahirdar”. It was now my turn to look sheepish. We went to New York.

According to Bahirdar standards, New York was quite trendy. The owner had a sister who lived in New York and as a mark of respect and love he named his store as New York. New York was a boon for the expatriate population. It had products that were not available anywhere else like chocolates and had some stuff that Indians really loved, basmati rice and vermicelli. Of course the products were costly but once in a while, a visit to New York lightened up our otherwise quite mundane lives.
Posted by Dr. M. Anil Ramesh at 10:07 PM