The Genesis - The seed that finally grew and matured - Ethiopian Journey - Blog Post no - 1.

I was always very fascinated by travelling. That was one of the reasons for picking up marketing as a specialization in MBA and later as a career. Marketing is a career that allows a person to travel. It enriches and broadens a person’s mind and makes him that much more adaptable and YES, knowledgeable too.
Thus it was not surprising that I landed up in Oman Solar Systems LLC and spent a contract.  But due to strict rules that did not allow family visas at that point of time (in 1994) I had to return and settle down in India. After a three year stint in advertising, I gravitated to teaching in 1997 and I found my calling at Chaithanya Bharathi Institute of Technology, premier educational institute in Hyderabad. 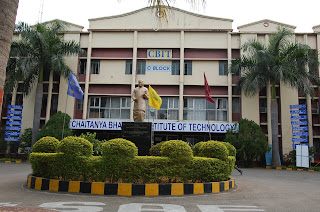 I was married by then and had a son who was two and a half. I was very happy with teaching. I was well liked as a teacher, did research under Prof P. Narayana Reddy, Head of the Department, School of Management Studies, CBIT. I registered for PhD with Osmania University and Prof P. Narayana Reddy became my PhD guide.

CBIT had a very vibrant academic climate and I was made the PRO of CBIT. Life was on a roll, literally.  Teaching was not paying well but it was a stress free, very different from the stressful marketing life that I had experienced for a decade before joining CBIT.

It was the end of a millennium and the entire world was buzzing with excitement. After all what was happening would happen only once in 1000 years. Yes the haunting fear that Y2K bug taking the world apart was lurking, but many in India were not bothered. Only the software guys were really worried but for the rest of us it was par for the course. Nothing to lose overnight sleep.

I think it was 26th or 27th of December 1999 and in walked two of my students from 1996-1998 batch of MBA, CBIT. Venkatesh and surprise of surprises, Poornima. Poornima lived in USA and had come to India to be with her parents. There was a big buzz in the USA that the world was going to end and Poornima wanted to spent the time (or what was left of it) with her parents. 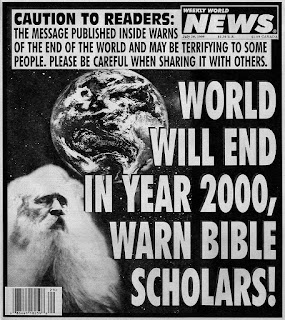 I wanted to laugh but kept a straight face. The girl had travelled 14,000 Kilometres and who was I to argue with her! After some pleasantries my students suggested that we drive down to Chilkur Balaji Temple.
For the uninitiated Chilkur Balaji temple’s reigning deity ‘Lord Venkateshwara’ is very popular in Hyderabad. He is called Visa Bhagwan. I is a belief that any one doing 11 pradakshinas in that temple would get   a visa and fly off to the dream destination - USA!


Yes we all did the mandatory pradakshinas. It was Poornima who blurted out “Sir you have done it now. You would go abroad”. “Oh No, Poornima” I said “there is no chance. There are not many chances for a teacher to go abroad. And I added “I don’t have a PhD”. Poornima was adamant.  She vigorously nodded her head “you are sure to go”. I left it at that.  I was totally nonplussed. I had nothing to say!
Posted by Dr. M. Anil Ramesh at 9:02 PM