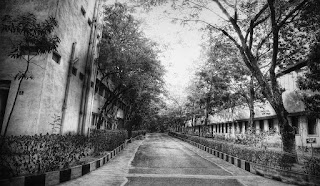 CBIT in the late nineties was a beautiful place. The Minute we left Lunger House, there was lush green fields everywhere. Artillery centre maintained the locality after Lunger House in a pristine condition and after the military area there was a small village like Narsinghi and after Narsinghi were lush fields again till CBIT campus. 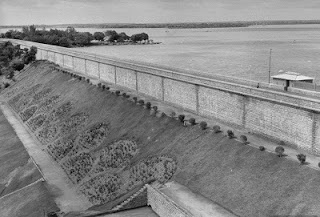 Adjoining CBIT, Gandipet  is a small village Kokapet. It had many small land holdings. Even till the 2001-2002 one could drive off the road and enter into agricultural fields full of crops about to be harvested. There were water ponds and birds chirping everywhere and lots of hay stacks to lie and relax. It was a place that me and Y. Srinivasa Rao used to frequent. But it was a paradise that was being threatened. 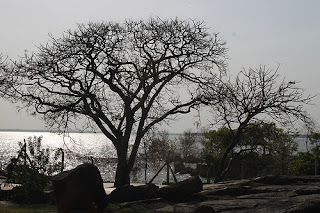 Our attender at SMS was from Kokapet. From a small sleepy town Kokapet it suddenly was in lime light first due to the emergence of CBIT and later due to the steep rise in real-estate prices in and around Hyderabad. The real estate sharks smelt an opportunity. They zeroed in on Kokapet and suddenly the marginal farmers started getting unbelievable offers for their meager land holding of 1 and two acres of land. The prices went through the roof.

Many enterprising owners sold their land at astronomical prices and that is where the troubles started. Most of them used to subsistence farming techniques and did not know any other trade. Some of them worked in CBIT as attenders in offices and in the various laboratories. The sudden riches hit them hard. 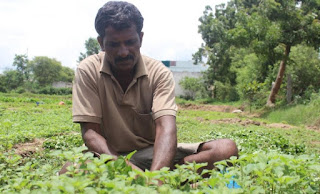 Our attender was morosely staring at the ground. I asked him “Hey, what happened?”. “Sir” he replied “the real estate boom is a curse. Earlier we were happily growing palakura (spinach) and we were happy and contented.

Now my dad has become a drunkard, my brother picked up a mistress and that is not the end sir. I recently bought a red Maruti 800 and parked it in front of my house. My buffalo not liking the car kicked it so hard that it had to be towed away for repairs”.

I was thunder struck, how grippingly had this attender explained the sudden rush of riches! His small universe has crashed. He and his community have been corrupted and his innocence has been lost forever. He is plagued with new problems whose depth he can’t even fathom!

Once at CBIT I was conducting some mock interviews. One of my pet questions is “if you are offered a job in Timbuktu, would you accept the offer?” Most students would get stumped by the question. First of all they do not know what or where is Timbuktu. They struggle to answer.  Timbuktu is a popular slang word used very often in the corporate world. “Oh any place including Timbuktu, transfer me to Timbuktu etc".  It is any location inconveniently far away, the middle of nowhere.

Surprise of surprises there is actually a place called Timbuktu. It is Timbuktu also spelt as Tinbuktu, Timbuctoo and Timbuktoo and it is an ancient city in Mali, situated 20 km (12 mi) north of the Niger river.  It is a place that is very hot and to be very frank not a place where many desire to work.

When thrown this question, many students appear stunned, they give vague answers, many refuse to answer, some refuse to go to Timbuktu and some even say that they would ask their parents before they give an answer. All the above answers are wrong.

I expect post graduate students to take decisions on their own and instantaneously. There is no time to lose. There is another guy waiting to snap at the offer. The ideal answers are “Yes I would like to consider the offer, I would be glad to work anywhere in the world, I am mobile and willing to go”.

The answer that all interviewers love is “I am ready. Here is my passport. It you give me a ticket I am willing to fly tomorrow”. Bang on, you bagged yourself a nice juicy Job!