Man is a creature of his own habits.. The reality check! - Ethiopian Journey - Part 14. 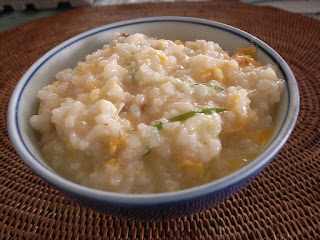 By the third day morning the spirits were down and tempers were fraying. People were snapping at each other and we could cut the tension with a butter knife.  By that time, we had mastered our way in and around the hotel. We found a place where we could make phone calls. But International calls were exorbitant and costed around 14 birr (70 rupees) per minute. At that time, it was quite expensive. We had an old couple who had come to Ethiopia post their retirement. The husband coached his wife. He told her what to speak, and what points to cover during her rapid fire international phone call. And she had one minute time to do it.

The lady was overcome by the situation. She blurted out something and may be the connection was not good. She took four minutes to finish what she had to say.  This somehow triggered her husband. He started shouting at her “you made me spend, 60 birr. This was we will not be able to save anything”. Overcome by emotions the old lady burst out crying. It was heart rendering to see the her cry so profusely. But the man was unmoved, he had spent 60 birr and that was too much for him.

I had read that the most selfish and the most self centered only venture out of their comfort zone to go to foreign countries and become NRIs. The main objective is to scrooge and save as much money as possible.  I was seeing a live demonstration and didn’t like it one bit. I took a vow. I will save but will not be stingy!

By the third afternoon people were starving. There was a local Indian restaurant called ‘Sangam’ in Addis Ababa. But it was in Bole road and we have to take a cab. We were told that cab drivers fleece the tourist and charge around 100 birr for one journey. So that is 200 birr just for the journey and we were also told that a nice Indian meal at the Sangam would set us back by at least 500 birr. 700 birr for a meal sounded exorbitant for all, including me.

There was a knock on the door. It was Vasavi, Bala Krishna’s wife. She was down for the count. She said ‘Padmakka, I don’t like this place at all. It is too cold. We can’t go out. I simply hate the food. No rice, no dal, no sambhar and no curd. I feel miserable” Overcome by the situation, she wept uncontrollably. She said “I will tell Bala. I want to go home”.

Padma was touched. She could not bear her pain and anguish. She consoled Vasavi. She told her to be brave. “Nothing to panic” Padma added “we are all with you. Look at us. We have kids. They don’t like it either. They are surviving on bread and jam. And on biscuits”. Seeing the logic of the situation, Vasavi brightened up.

Me and Bala swung into action. We hunted for hotels and restaurants that serve rice. There were many restaurants but they all served either Ethiopian food or European food. We had problem even explaining what rice was or how it looked.

The present generation have it good. They can just google rice and show the hotel owner what is rice and how it looked. But we were in 2002 and it now appears like pre-historic time!

After a good two hours, WE FOUND A CHINESE HOTEL. The owner was sour and non-communicative. He showed no surprise or happiness when we almost jumped in joy when he said “yes we have rice’. We rushed back to the hotel and four of our family, Vasavi and Bala, Dr. Srinivas Inguva and T.N. Murthy rushed to the restaurant. 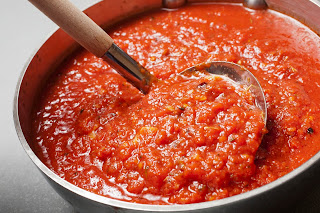 After an agonizing wait of forty minutes our RICE arrived. There was a very watery looking tomato paste/Puree/tomato curry as a side dish. The rice was not rice. It was a watery goo. The tomato curry was something of a culinary puzzle. But boy, we were as excited as Ali Baba when he saw the treasure in the cave. We fell on the rice and tomato goo and finished it off in a gusto. The cost was 12 birr. At that price it was a steal. We explained the issue and told the sour owner that the rice needed to be more dry and that he better spice up his curry. He gave a grudging nod. We hoped that we would get better service the next time around.
Posted by Dr. M. Anil Ramesh at 11:24 PM