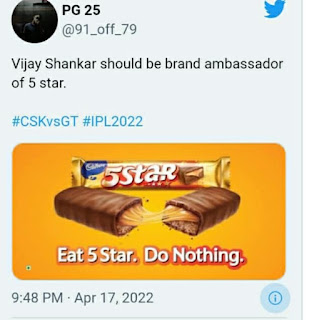 Twitter can be brutal but harbors great creativity. Vijay Shanker became the darling of trollers after his "3D" claim by poor chief selector MSK Prasad. 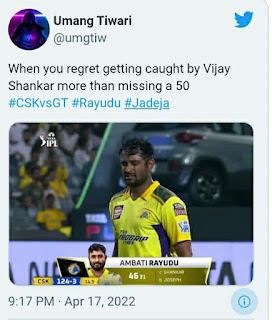 SRH fans were delighted to see his back and his recent poor form had seen him become a butt of jokes and tweets. 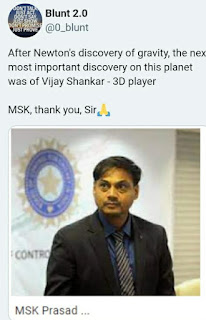 And his zero against CSK resulted in a  bout of unlimited rib-tickling creativity. The best was the idea that he should become the brand Ambassador for Cadbury 5 Star "Eat Cadbury, do nothing". Great creativity guys, you made my evening. 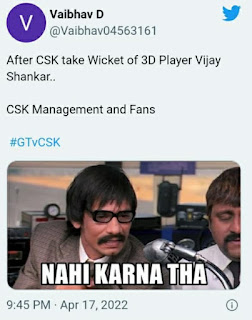 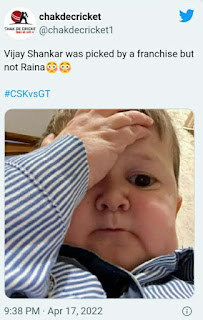 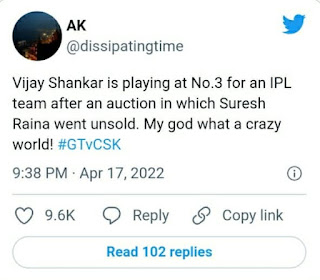 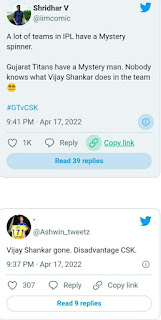 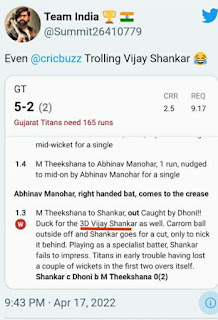