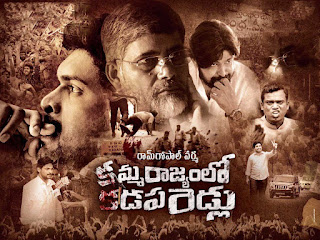 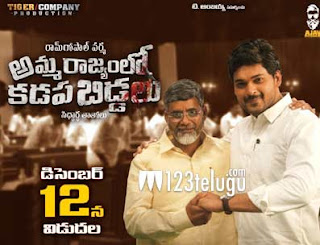 Ram Gopal Verma has made a fool of the censor board again.  If you notice Amma rhymes with Kamma (Only Indira Gandhi and Jayalalitha were known as ammas) and the previous TDP government was no way referred to as Amma Rajyam. And Biddalu rhymes with reddlu.

So nothing has changed 'butter will not melt in my mouth' RGV will get away with making a movie that makes fun of all the political leaders of Andhra Pradesh and get away with it saying that his film is just fiction and any resemblance to real facts, incidents, and people is A PURE COINCIDENCE.

Anyway hats off to RGV for his finesse in using the mass media to his advantage and getting enormous publicity.

The teaser viewership of the film has run into millions. Something any other director would give his right arm for. Even his interviews clock viewership close to a million.

Marketers can learn lessons of media manipulation and how to stay in lime light Way to go RGV (totally tongue in cheek).