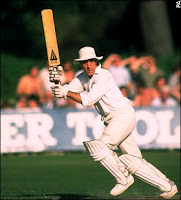 Mike Brearley was a English cricket player and an extraordinary captain. He was able to inspire the best in his team. Brearley returned as captain following Botham's resignation for the famous third test against Australia at Headingley, England in 1981 and went on to win the match and two of the remaining three matches of the series to win the test series 3-1.

Brearley's motivation of Botham is regarded as one of the greatest feats of sporting psychology of all time. Botham recovered from dismal loss of confidence which was due to his winless captaincy record and his nosedive in form (he had notched up two zeroes in the second Test at Lord's) and emerged as a phoenix from the ashes. 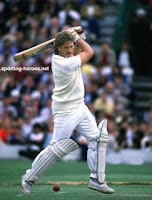 Many people do not like Brearley but he remains as an example of that can be achieved by a ordinary player but a great captain. His record in test matches 39 tests, 1442 runs at an low average of 22.88. But check out his record as a captain, 31 played, 18 won, 4 lost and 9 drawn. A record any captain would be envious of. 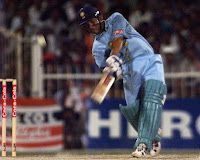 Case in point Sachin Tendulkar, the greatest human being on planet earth to play cricket. He was a great player and has all the records in the world but does not have a great record as a captain. Nor does Sachin boast of impressive silver in his trophy chest. He has a runner up medal in the 2003 world cup. 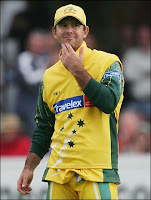 Do I hear the satisfied chuckle of a certain Ricky Pointing in the background (Ricky has three world cup winner medals, one as a player and 2 as a captain). This is one record that Sachin can never break in his life.  But Ricky too is feeling the heat. After the loss of his illustrious team mates like Shane Warne, Mathew Hayden, Adam Gilchrist and Mc Grath the shine and the swagger is missing from the once cocky Ponting. He appears to be very mortal. How the mighty have fallen!
Posted by Dr. M. Anil Ramesh at 4:36 PM