Best New paper Headlines and slogans: In a news paper everything is a premium. Each column centimeter cost money. That is why the news has to be clear and crisp. The headline plays a very important role in creating interest in the news story.

Chek or Cash: It was the Wimbledon men’s singles finals of 1987. The Indian Express came out screaming “Chek or Cash”. It was a very clever way of saying decides between Ivan Lendl from Chezlovakia or Pat Cash of Australia. Even though I read this headline 24 years ago it is still etched in my mind. 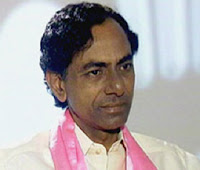 Delhi or gulli: The Indian politics are dominated by slogans and nice catch phrases. This is not surprising as most of the Indian population is not educated and they have to enticed with sloganeering. Sample these. KCR the supremo of TRS came out with these – Delhi or Gulli. The Decision to grant statehood for Telengana rests with Delhi. He was saying the matter will be decided in Delhi or it will be a street fight. Gulli in Urdu means Street.
State fight and not a street fight: Next day KCR bettered himself. He said it is not a street fight rather it is a state fight. Kudos for the politicians for entertaining the people. 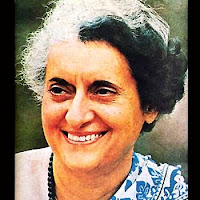 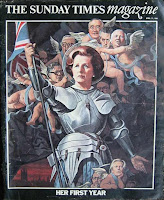 Iron lady overcomes labour pains: It is not surprising some of the most memorable headlines are related to politics. Margaret Thatcher dubbed the Iron Lady by British Press had won a hard fight in the elections. One of the news papers came out with the headline “Iron lady overcomes labour pains”.  The copy writer was punning on the fact that the main opposition in that election was the labour party. 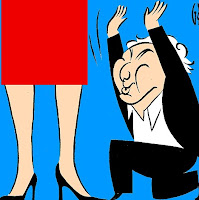 My Foot: The cartoon in the same newspaper was even more hilarious. It showed an Iron Lady and a man groveling at her feet. The bubble had Margaret Thatcher saying “My Foot”. The Opposition leader in that election was a man named Michael Foot.

America under attack: When September 11 attacks took place most of the newspapers came out with very interesting headlines. The one that caught the eye was “America under Attack”
Andhra girls beaten: But care should be taken that the headlines are written properly or otherwise they can create wrong communication. One of the teasers in Deccan Chronicle said “Andhra Girls beaten, details in page 16”. The alarmed readers who turned to page 16 had the surprise of their life. The news story was that Andhra Girls were beaten by Maharashtra in the game of Kho-Kho. 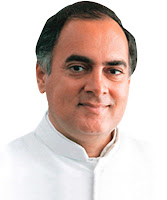