Driving: Driving involves lots of risk and the traffic enforcers have come out with signs that are very thought provoking. “Drive drive like hell, you will soon be there”. Very crisp and lucidly said.

Hair cutting saloon: Our colony where I grew up had a small hair cutting salon. It had put up a new sigh. “Heir cutting Saloon -  ladies and gents”. The patrons had a laugh and  told the owner that he is not allowed to hurt any heirs (property owners). He got is corrected and the sigh said “Hare cutting saloon -  ladies and gents”. This time the patrons had a bigger laugh. They told the bemused owner that he became a meat seller. The owner got it corrected and the sign read “Hair cutting salon for Ladies and giants”. At this point the patrons left the sigh alone. There was no point as they were afraid as what could be thrown up the next time. 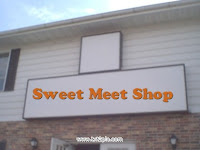 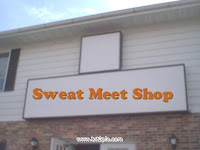 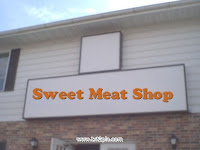 Fresh fish sold here:  A butcher has a sign put up “Fresh Fish sold here” A customer complainingly said “obviously you sell only Fresh fish. You can remove Fresh from the sign”.  The well meaning butcher had it the correction done and the sign said “fish sold here”.

Another customer put up her nose and said with a sneer “You are selling fish here and not shares and stocks. No need of the word Fish”. The perplexed butcher complied and the sign became “sold here” that evening a young man said “look dude you are selling and not buying anything. According to me the words sold is redundant. The terribly harassed butcher did it and the sign said “HERE”. A passing customer who was holding his nose said “your shop stinks so much that there is no need to tell us that you are selling something here. You don’t even need the word here”.
The next day the painter presented the butcher with a board that left the butcher gaping. The sign board was completely blank. It was clean as a sheet.
Posted by Dr. M. Anil Ramesh at 9:09 PM