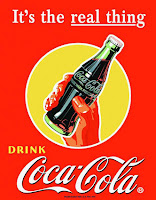 There are many places in the world where water is not available but there are few places in the world where coca-cola is not available. So it comes across as  a surprise that Coca-cola company was caught napping when it found out that its name ‘Coca-Cola (1)' was translated in Mandarin as ‘bite the wax tadpole’. Its illustrious competitor Pepsi did not fare any better. Pepsi’s slogan ‘Come alive with the Pepsi generation (2)’ was translated as ‘brings your ancestors back from their graves’.
Pepsi also found that its sales people had innocently put up a poster of Pepsi on a wall. The poster said ‘wish you were here (3)’.  The idea was that the poster had to be put up all the franchisee locations. But the location where the poster was put up was the local cemetery. These are cases where communication adoption has to be attempted.
An exporter had sent its baby food packets to Africa. The product did not do well at all. The reason – like all baby food products the package had a picture of a baby. This triggered the Africans. They have never seen a baby food package. They thought that package had meat of the babies and not food for the babies (4). A case of mistaken communications or mis-communication. Similarly the  Chevrolet Nova automobile was introduced in Latin America as 'no va'. Nova in spanish means 'won't go (5)'.


A lady had gone to Japan and found a local sign that was very cute and artistic. She had the sign printed on her Tee shirt and wore it. The Japanese that she met gave her suggestive giggles.Many guffawed and gave her a huge smile and a knowing leer. The lady was non plussed.  She brushed it aside as locals being overtly friendly. Her friend exclaimed in horror when she saw the T-shirt ‘Do you know what your tee shirt is saying. In Japanese it is saying Fresh milk sold me (6)!”
A product that is perfectly good for one market may have to be adapted for another. There can be many reasons for this. Physical conditions may be different. Functional requirements may vary from market to market.
In some cases cultural factors are very important. For example, Mattel Toys of USA wanted to sell their Barbie Doll in Japan. But the Japanese did not buy the American favorite doll. Later the firm introduced a modified Barbie – slightly oriental eyes and a more girlish figure (7).
There are certain items, generally ethnic products, which sell in the foreign markets, precisely because these are foreign. Indian handicrafts or handloom fabrics are examples of such products. There are also specialty items which have become so famous that they are automatically demanded by the foreign consumers, for instance, Darjeeling tea, Scotch whisky, French perfumes or Danish cheese. For such items, no change in the product itself is required for marketing in overseas, though changes in packaging may often be called for.
Many items however may require some adaptation for making the suitable to the foreign markets. Some obvious examples of product adaptation are differences in voltages (110 or 220) and right hand or left hand drive. Adaptation may pertain to size, functions, materials, design style, color, tastes and standards. Sometimes this could be done easily and at low cost but at times it may cost the company heavily.
Posted by Dr. M. Anil Ramesh at 11:48 PM