Why does a grownup man become soft and mushy when India is on the threshold of a win in cricket? Why is that even the tough to crack soldiers rejoice India’s victory over its famed neighbor in cricket as if it is a win in a war. Why that is there is a hushed silence whenever Sachin is on his way to a century? Why do we mourn Sachin's dismissal in the nervous nineties as if it is a national disaster?
Welcome to cricket. The game that is full of idiosyncrasies that the British had left for the Indians. In which other game do you find China man, short leg, long leg or many other queer words that puzzle many people? 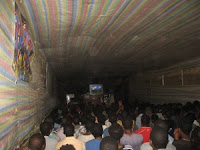 During the 2003 world cup I was working in Ethiopia. Ethiopians do not play cricket all. They love football and especially the English Premier League. The Indians in Bahirdar had a contract with a local hotelier to show all the matches featuring India. The Indians flocking to the hotel made the local Ethiopians very curious. They would make a beeline to the hotel and would sit facing the Indians. They never could understand how anyone could watch a game that is so slow (mind you we were watching one day cricket and not test cricket). If we were watching five day cricket the local Ethiopians would have been bored to death. They had branded the Indians as mad hatters. They could never understand how sane men could watch a game where there were no goals at all.

The game is so laid back that in the 30s and 40s that once the watching royalty remarked to his friend who returned after being run out "why did you have to run like that? You could have asked your servant to run for you and you could have just played the shots”.
The Americans have dismissed the game of cricket as a sort of a joke. For a nation which is always on the move and prides itself on the idea of timeliness and practicality the game of cricket was a tattoo. It was unfathomable to an American that one had to watch a game for five day without having a result. One can’t really blame the Americans. They have made changes to many sports to make them spectator friendly entertaining and exciting. 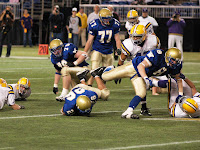 The rugged action of the American football is a silent endorser of the rough and tumble, body crunching and bone crushing contact sports that the Americans love. Slam, bang and bones have to break! 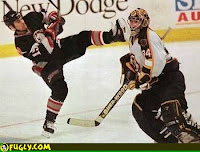 The most loved game of all – Ice hockey. Ice hockey allows pushing, punching and hitting the opponents as long as the violence is not severe enough!. The other most popular game basketball has the players dunking the ball (Slamming the basket ball into the net like the smash in volleyball). 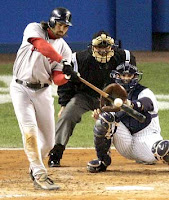 Funnily there are traces of cricket in America. Base ball has runs, innings and many other commonalities like the OUT (the player going out of the game). This shows that the English have taken the game of cricket to America but somewhere down the line the game got morphed into baseball.
Posted by Dr. M. Anil Ramesh at 9:22 PM