Having faith:  It is important to have faith. In one self, in the boss and in the organization. There are two types of people.  The believers in god are called theists and the non believers are atheists.
Once a non believer was climbing a mountain in the Alps. He was a very virile young man who believed that his own efforts are enough to achieve anything in the world. He kept climbing and climbing. By the evening he had doubt of reaching the summit and started to descend. It was very cold and it had became pitch dark and our man was almost freezing. He kept descending. Finally for the first time in his life he was faced with a difficult choice. To descend further to stay put.
For the first time in his life he prayed god. “Oh god save me”. There was no response. He tried again and again. Finally a voice beckoned him “Son I heard you. I will help you. But you will have to trust me”. The man said “Sure god”. God said “Let go of the rope and I will save you”. The man said “How can I let go of the rope. I would die if do it”. God said again “Let go of the rope I will save you”. The man refused to listen to God and hung on to the rope grimly.

The night was cold, dark and freezing. The next day morning our man was found frozen to death five feet from the ground. It was an abject lesson in keeping faith. Keep faith and you would be rewarded. 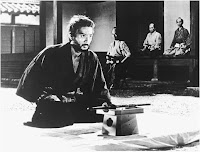 Hara-kiri: Seppuku ("stomach-cutting") is a form of Japanese ritualistic suicide by disembowelment. Seppuku was originally reserved only for samurai warriors. Seppuku was used voluntarily by samurai to die with honor rather than fall into the hands of their enemies and likely suffer torture. It was also given as a capital punishment for samurai who had committed serious offenses, or performed for other reasons that had brought shame to them.
Hara-kiri is used popularly in management as a term that denotes self inflicted defeat or failure. For example the company had committed Hara-kiri by its strategy that was doomed to fail by entering into a foreign market in which it had no knowledge or information. 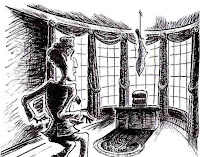 The Sword of Damocles:  is an object in a Greek legend which is designed to illustrate the perils of being in a position of power. The term is often used in popular culture to talk about an imminent threat or peril, with the idiom “the Sword of Damocles” along with the related concept of “hanging by a thread.”
In management used as a paradigm of a person who is in power but who is only hanging in there, sitting in the hot seat. One mistake and his head would be chopped off.

Doubting Thomas is a term that is used to describe someone who will refuse to believe something without direct, physical, personal evidence; a skeptic who has a questioning attitude, or some degree of doubt regarding claims that are elsewhere taken for granted. In management parlance a person who is a self appointed doubter of any new concept. Generally tolerated Doubting Thomases should not be allowed to overpower all the discussions with their overt negativism.
Posted by Dr. M. Anil Ramesh at 12:50 PM